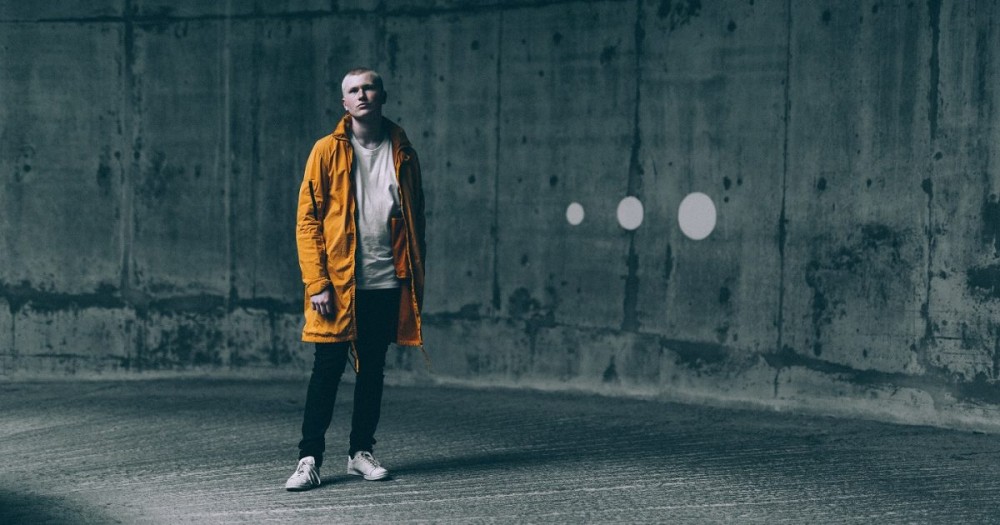 Elliot Adamson has created quite the stir late. His outlandish style and skill for making tracks has not only turned the heads Patrick Topping, Eats Everything, Jackmaster, The Black Madonna and more, but it’s also started to grow quite an impressive fan base. If you’ve never heard him, all good, it was just a matter time. After reading this article you can go tell your mates you know who the next big thing is and show them all these mad underground tunes. Now who’s got the dope sh*t huh?! That’s right. You do. Nice.

If you’ve ever tried it, you’d know the world becoming a DJ can be quite stressful. Sometimes people can’t handle the heat, they freak out and become an accountant. That’s cool and all, but thankfully Elliot isn’t going to need to learn business stats. You wanna know why? Because he’s a production prodigy and doesn’t fret the small stuff. In fact he breezes right past them with his middle finger high and a smile on his face. Elliot’s unique style self-promotion is a refreshing take on an industry that can sometimes get a little over-zealous. He manages to do what he wants, when he wants, how he wants and people still love him. To give you an idea how much he simply doesn’t give f*ck, we created a list our top 5 Elliot Adamson zero f*cks moments.

1. His New Prile Picture
How long did it take you to choose your last prile pic? Was the camera angle perfect, the lighting just right and your rig in it’s prime? Thought so. In classic Adamson fashion, his newest DP has him sporting a bright orange bouquet, orange undies, a tasteful pair ankle socks and a matching necktie. The picture also looks like it was taken on a Nokia N95. Winning.

2. His Opinion
We’re living in a pretty sensitive age. It’s a time when society is overly-cautious everyone’s feelings and a single statement could end your career, Elliot doesn’t really care about either those things. Whether he’s mocking the music industry, society, online haters or himself, this rising star thrives in a spot drama. When you have a minute, keep one eye on his socials, the self-proclaimed “twat on twitter” has game to say the least.

3. Track names: The Song That Mall Grab Made And I Added A Vocal To That Patrick Topping Played At Movement And Denis Sulta Enjoyed

Possibly the most ridiculously named track we’ve ever heard has come from Elliot. The song is actually a bootleg he made using Mall Grab’s ‘Feel Good House’. Just hitting 100k YouTube plays (doubling the original), Elliot can lay claim to not only one the silliest titles, but also one the most popular tracks running kicking it on USB sticks world-wide. Check out the video Patrick Topping playing it and receiving a query from a very excited Denis Sulta about what the hell this track is…

Press pics. One the most over-thought, easy to ruin, possibly obnoxious parts being a DJ. You might not like them, but you have to have them. Not only has Elliot got a really top notch line snaps, but this one takes the cake and has to be one our all time favs.

Do you ever have a boogie in the mirror to check your moves? How about in your favourite store’s change room to see if that new top will work on the dance floor? DJs need to go the same thing. A lot the time when a producer has some new music on the way they’ll make a ‘cool’ over-produced clip to showcase their skillz, or perhaps shake their iPhone camera around in delight to what they’ve just created. Not Elliot, he just cuts shapes.