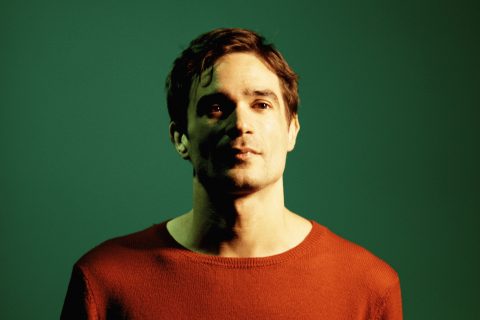 Jon Hopkins’ new record, ‘Singularity’, is finally out. Through a fusion of energetic and assertive percussion with breathtaking harmony, the album carries the listener through various states of mind, within complex musical landscapes. These tracks are multi-faceted, and, like his past music will definitely reveal new elements and techniques even after multiple years worth of listenings.

Hopkins’ music demonstrates the possibilities that arise when opposite elements are placed side-by-side. In most tracks there is a coexistence between synthetic and organic textures, just as on the level of each record, there are solo piano works and choral pieces alongside forceful electronic music.

The evolutions of specific sounds and musical ideas throughout his tracks feel as organic as the processes of nature itself. Stripped-back and simple sounds gradually morph and adapt with the growing textures that build to provide momentum for each piece. Melodies and chord sequences slowly unfold and reveal themselves in no rush at all, creating anticipation and drama that is matched only by exceptional storytelling.

At the release of his latest record, I thought it would be interesting to take a look at some of Jon Hopkins’ music from a predominantly analytical perspective, to explore how some of his techniques have developed throughout his career so far.

Vessel is the second track on his 2009 record, “Insides” (after the beautiful string-laden opening of The Wider Sun). It begins in a deep space containing a very distant melody. There are two examples of techniques that I believe Hopkins has perfected here and later in his discography. Firstly, the interactions between background and foreground in his music is handled with masterful artistic control. This giant space acts as the background now and again later on in the piece, but is suddenly completely taken away when the glitchy percussion and bass enter.

Also, Hopkins plays with tonal ambiguity here and in much of his other music, with the far-away melody restraining from providing a clear key-center. It is not until the piano enters, that the distant melody begins to make more sense. This is not a new technique at all, but techniques like this aren’t fascinating based on how new they are, it is about specifically how they are employed and in what context.

In Vessel, a clear example of Hopkin’s composing through an exploration of contrasting elements, is the way in which the piano, strings and synthesiser lines work together in the body of track. The piano and strings provide the organic side of the sound-world, but coexist with raw electronic tones. Bridging these two opposing textures together are the growing clouds of electronically-processed recordings of organic instruments (which sits in an ambiguous area between the organic and electronic sound-types).

As the piece builds towards the end, the sound is dominated by acoustic instrumentation which feed into another cloudy space of floating harmony. Suddenly, with a loud synthetic zip, the texture shifts and is suddenly dominated by glitchy synthetic sounds. This drastic cut to a harsher closing section is a specific technique that is developed and used on a few of his future tracks.

What’s most interesting about this track especially are the separate arcs that each of the three main elements follow throughout the track. These elements are: The Voice (which is actually Jon’s own voice), The sound at the beginning of the track (which I’ll call The High Calling Sound, or HCS ) and the synth line.

Harmonically, this track is also interesting because it revolves around both the Major and Minor modes of F with HCS containing the Major 3rd, and the synth line containing the Minor 3rd (notice how the voice only contains the notes that are shared by both major and minor scales, which allows it to coexist with HCS and the synth line). Due to the rhythm and six-beat length of the synth sequence, the phrasing can be hard to follow, effectively forcing the listener to feel unable to guess when the note will change. “My goal is to try and make it so that the listener can’t really work out what’s going on and therefore just lets go and dives into it.”

In terms of background and foreground, Open Eye Signal proves the power again of working deeply with both. The track builds tension from around the 2:30 mark to the 5:30 mark mostly by filling up the background with a thick space built from both the Vocal and HCS lines, and opening up the filter on the synth line. Playing with another ‘trick of perception,’ this background space ducks more and more under the kick as the song progresses, psychoacoustically giving the impression that the kick is getting much louder.

As well as the space of the background, Hopkins also uniquely plays with stereo space, with sounds moving from very wide to narrow, and vice versa (eg. the shaker at 3:16 moving from the centre to the side // voice and atmosphere from 3:40 – 3:46 moving from very wide to squashed into the centre).  At 5:18, we hear HCS ring through the thick, pumping texture of the climax of the main body section. Similar to Vessel, the track closes with a predominantly electronic instrumentation, focussed strongly on a distorted, evil twin of the original synth line.

Collider is one of the most dramatic electronic tracks I’ve ever heard. At the heart of the track is another one of Hopkins’ tricks: the third kick of each bar (of four) is slightly late, giving the feeling of time dragging in between the 2nd and 3rd beats.  When we spoke about this kind of technique, that is basically what defines the genre of trip-hop, he that “.. it’s those micro-shifts in timing that makes music sound good to me… I’m really interested in the intersection of machine-music and human performance.” That’s what I love about this track especially – how Hopkins manages to compose elements with a real human-feel about them alongside harsh electronic sounds (again, organic elements coexisting with synthetic and electronic elements). The tension that is created by this inaccuracy of timing, is complimented by another source of suspense, namely the harmony, as the piece revolves around a chord sequence that never fully resolves.

A new melody subtly emerges out of nowhere, floating around atmospherically, melodically complimenting the synth plucks, but contrasting the percussive shapes of most of the material up until this point (3:37). The track’s ideas all unfold gradually, as opposed to everything being given away too quickly – this sense of anticipation is what drives the track forward.

The human voice is utilised in Collider not primarily for melody but for a direct expression of agitation, with moans and gasps heard throughout the track. Collider closes with a gradual release of tension, which doubles as a conclusion to the intense first half of the record.

Now we come to some of Hopkins’ newest work. Just like ideas develop over the course of tracks, they also develop over the course of artists’ careers. For instance, in Vessel the relationship between foreground and background material is evidently explored deeply, but while they work in a complementary relationship, they are mostly spatially separated. 9 years later, Hopkins’ approach to foreground and background has evolved, with the background material becoming the foreground in the opening sequence.

Where Open Eye Signal used a 6-beat sequence, Neon Pattern Drum uses 5, creating a rhythmic sequence that is more interesting and far less predictable than a standard 4-beat loop. The instrumentation here is truly interesting, with the main harmonic sound being some sort of composite of washed out synths, with rhythm provided by some sort of gating process, as opposed to a clear synth stab playing a chord. This type of sound is also heard in Emerald Rush.

With a similar style of harmony to Collider, the track seems to constantly be building in suspense. Chiming sounds (that could perhaps be singing bowls) enter, providing a resonant backdrop to the driving gated sequence and shuffling percussion. Unconventionally, the bass drum gets taken through as many transformations as the main synth sequence, which is surprisingly rare even in modern electronic music. As he mentioned: “I like the idea of trying to create this musical world where everything is fluid and any sound can at any point just change”.

Everything Connected is the climax of ‘Singularity’, playing a similar role as Collider on Immunity. With nice snappy synth plucks that neatly match the closing of Neon Pattern Drum and tight percussion, the track moves forward with a growing piano-based atmosphere that gives slight and subtle harmonic hints of the approaching section. This section surprises the listener, focussing on a huge wall of harmony that, to me, evokes mental imagery of the shimmer in the 2018 movie, ‘Annihilation’. In another stunning moment, the MS-20 synth returns, reminiscent of the synth sounds at the heart of the Immunity record, and accompanies the somewhat distant  piano line carrying the melody.

Space is again used expertly in Everything Connected, with the majority of the stereo space filled up until around the 7-minute mark, where suddenly the focus is purely on the dry percussion and synth plucks, drastically narrowing the stereo image.

After this section however, the space does open up slightly on the horizontal plane, but more so in terms of spatial depth with the majority of sounds being pushed back in the room, sounding like they are gradually moving behind the speakers, not dissimilar to the introduction of We Disappear, where a similar process occurs but in the reverse, with sounds gradually moving from behind the speakers to up close to the listener. Hopkins has mentioned that he approaches the mixing process by seeing the sounds as objects that he uses to “fill a room”. I can only assume that this modern approach to musical variation is Hopkins exploiting his visual experience of listening to music. “I see things that way particularly in terms of the mix but also in terms of sound placement, then it kind of makes sense that I’m going to want to really play with that.”

New harmony is introduced in the later sections of the piece, and a somewhat dystopian setting closes the track that is extremely different to the opening of it, acting as a Coda for the first half of the record.

Luminous Beings begins in a chaotic place, and from here takes the listener  through spinning synths and a building of percussion, to a complete liberation  by suddenly stripping back most elements to reveal a breathtakingly deep sonic expanse. Indeed, this opening section is all about building tension through changes of sonic space.

Subtle melodic blips enter, first as a single voice, but gradually expand in polyphony as more voices enter in canon, creating a full   musical round. Beneath this is a warm bass sequence that he mentioned is the Moog Sub Phatty. In the middle of the track, there is a shift in metric focus creating the illusion of the tempo slowing down into a  blissful section of atmospheric suspension.

The kick and bass sequence re-enter, and the piece then glides through its final section with pianos taking the role of the synth blips in the previous section, playing a new melody, but same style of layered voicing. Tracks like Luminous Beings that create a warm feeling of contentment within the context of groove-driven music, balance out the darker moments on Hopkins’ records. A parallel can be drawn between this track and Sun Harmonics on Immunity.

Listen to Jon Hopkins’ ‘Singularity’ in full here or below. What is your favourite song from him over the years?