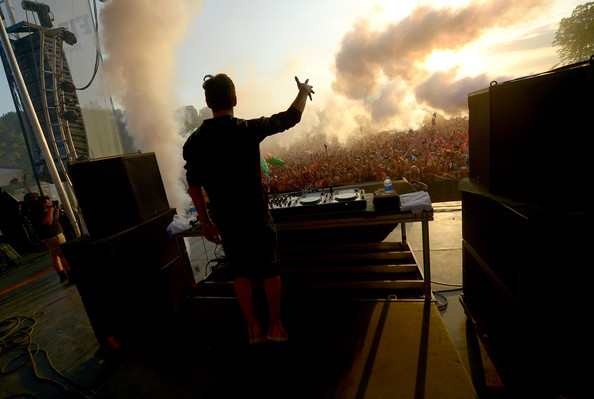 With Firefly Music Festival’s seventh year now less than one month away, I thought why not put together a list of seven electronic undercards on this year’s lineup? Not to mention, with tickets running low, but still available, it isn’t too late to plan a trip to The Woodlands.

A favorite of the EDM Sauce family, Two Friends will not only be playing on Thursday night, but for those getting Wednesday premiere camping, there will also be a special DJ set that night in the campground.

Fresh off the release of his “Souls” EP, one of the genre’s most promising up-and-comers, Shallou, will be touring this fall, but first he will be performing on Thursday for a set that’s certainly not one to miss.

A name who’s been in the industry for years now, from classic mashups to new originals and remixes, Kap Slap will also be spinning on Thursday. (And I’m personally excited for this one!)

It’s a four day festival, however, so moving on to Friday, one of a few Foreign Family acts will be performing. Kasbo recently released his debut album, The Places We Don’t Know, and his live set to accompany the record is just beyond words.

I know little about Ookay’s live set, but as a music producer, I have always had the utmost respect for him. I’m especially looking forward to his Saturday set.

Another Foreign Family act, Chet Porter, will also be performing on Saturday, and after he was one of my favorite sets at Moonrise last year, there’s not a single conflict that I would choose him over.

And lastly, the man who brought “The Yodeling Kid” out at Coachella, Whethan. Although I’m excited for ODESZA to close the weekend that night, Whethan may be one of the sets I’m most excited for, not only on Sunday, but also all weekend.

So who else will I see in The Woodlands?