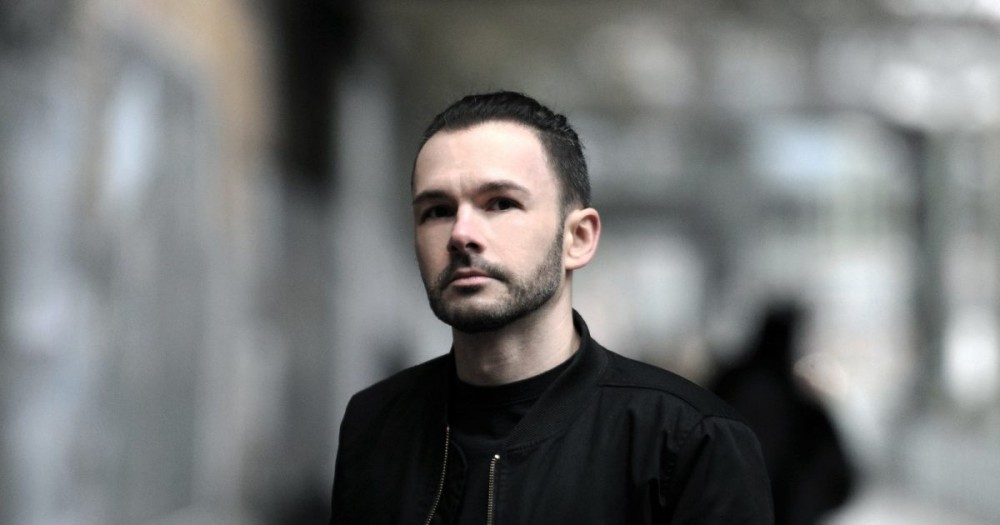 Milton Bradley is a name that has become synonymous with brooding futuristic acid landscapes. The Berliner grew up through the fall the wall, and consequently the rise techno in Europe and Germany. Like many producers, it was sheer curiosity with electronic sounds during the late 80’s that sparked Bradley’s initial interests with making music, but it wasn’t until 2008 that he first released music on his own imprint ‘Do Not Resist the Beat!’. One contributing factor for this delayed entrance into the scene was because Bradley stopped listening to techno from around 2000-2005, but fell got back into the scene as a form therapy to escape a difficult time in his life. We’re all glad he did, as his focused approach to techno music has earn’t him spots on renowned techno labels such as Prologue, MDR, Ann Aimee and others.  Milton is back in Australia for a few shows across the weekend period, so we shot over a few questions to him.

You were first captivated by the sounds acid house in the late 80’s. Do you remember what you felt upon hearing that music for the first time? How was it that you got your first acid house mixtape to listen to?
I read something about this new Acid House thing in a German music magazine and it sounded pretty interesting to me. I really wanted to listen to this kind music. A bit later i found out that a classmate had a cassette tape (which sounded like a recording from a radio station), so i was asking him to make a copy it for me. It attracted me very much. As a kid who was always into sci-fi, spacey sounds n’ stuff I really liked these electronic sounds, the vocal samples in the tracks, the drive and energy the music had. I already liked the 1987 New Beat track ‘O.K. – Okay!’ which was a ‘chart hit’ at that time and also very electronic with lots samples.

Between when Berlin’s techno scene first appeared compared to what it is nowadays, what would you say has been the biggest change in the scene that you’ve noticed?
There were no cell phones ? Really hard to say ‘cause much has changed which is normal after almost 30 years. So many clubs have disappeared and others opened. Back then everything was way more improvised, simple, dirty and ‘raw’. Mostly local DJs here were playing every weekend at lots illegal or ‘half illegal’ clubs and parties. Now everything is a more pressional quality. You don’t see many illegal parties anymore. There is no free space you can use without renting it for lots money and fulfilling all the requirements. Somehow Techno in Berlin has ‘grown up’ and become a very important part the city’s culture. And despite being so ‘old’, it still attracts a lot young people. The vibe was also a bit different in the early days ‘cause the music was entirely new for everybody.

Who are some artist who you think are pushing the boundaries techno right now and bringing new life into the music scene? Where do you see the scene heading the next 5-10 years? Are there other cities around Germany or Europe that are up and coming techno hot spots?
There is so much music coming out from many good artists, but I honestly don’t have all the new stuff on my radar. I see a lot re-interpretations older styles at the moment, which is super fine, but there is no need for reinventing the wheel all the time. Above all it is just music and it should be fun; don’t overthink it to much. The same party-wise, there is a lot going on in France at the moment: parties, new clubs and great energy. I really had good times playing there. Same goes for Georgia or Colombia. There is a new hype around techno and this might change again like it did in the 90s. That’s natural. But it’s always going to be there and will always find it’s way.

You’ve been to Australia before. What was the highlight your trip last time and is there something you want to see on your upcoming trip? Is there one aspect about Australian culture that surprised/shocked you?
Actually the entire trip was great, it’s hard to pick one ‘highlight’. Every party was good, I met great people and had a lot fun. Last time I spent around 2 weeks in Australia and I’ve seen as much as possible. I was walking around for hours every day, enjoyed the weather, food and some the well-known sights (like the Opera House in Sydney) and took a lot pictures. I am sure there is a lot more to discover but unfortunately this time i only have a few days and not that much time to walk around. When I travel to foreign countries I sometimes don’t need to see that much cause being there, realising it and enjoying the atmosphere and the moment already gives me a lot joy. At the moment I can’t say that there is something about the Australian culture that shocked me, but maybe I don’t know all the aspects yet.

Do you have any stories being on tour where you found yourself in a tense/scary/bizarre situation?
There are a lot stories course but nothing (fortunately) really scary or bizarre – just some situations which were ‘unpleasant’. A few years ago i found myself in a situation in which i didn’t feel comfortable for a moment, the police busted a party while I was playing. There are also some not nice stories with guests who didn’t behave well but that’s part life I guess. Most stories are more funny like a pretty drunken girl who was crawling over all the cables and wires the stage and turned f the electricity (light and sound) accidentally, or when almost the entire crowd entered the stage after I finished playing.

Techno is now a more competitive scene with heaps new artists making music and performing. What is some advice that you would give to those who have just started out or have been in the scene for a few years now?
Only do it if you are really passionate and if you would keep on digging music and/ or producing even without having commercial success. I’ve seen a lot DJs coming and going and people who are more focussed on becoming famous. Don’t take it to serious and don’t let it bring you down when others wanna tell you that you or your music is not cool … bla bla… one day it will hopefully pay f.

Is there other forms music that you listen to outside techno?
As I like different styles electronic music I also/always listen and buy other kinds music. Almost everything that attracts me actually: old-school hip-hop, electrunk, metal etc. I discover new music mostly by coincidence or by browsing through Discogs label catalogues. Recently some Darkwave stuff like Phosphor, Keluar and Schonwald attracted my attention or stuff like Michael Kiwanuka, Gnarls Barkley, Alice Sara, Ott and much more.