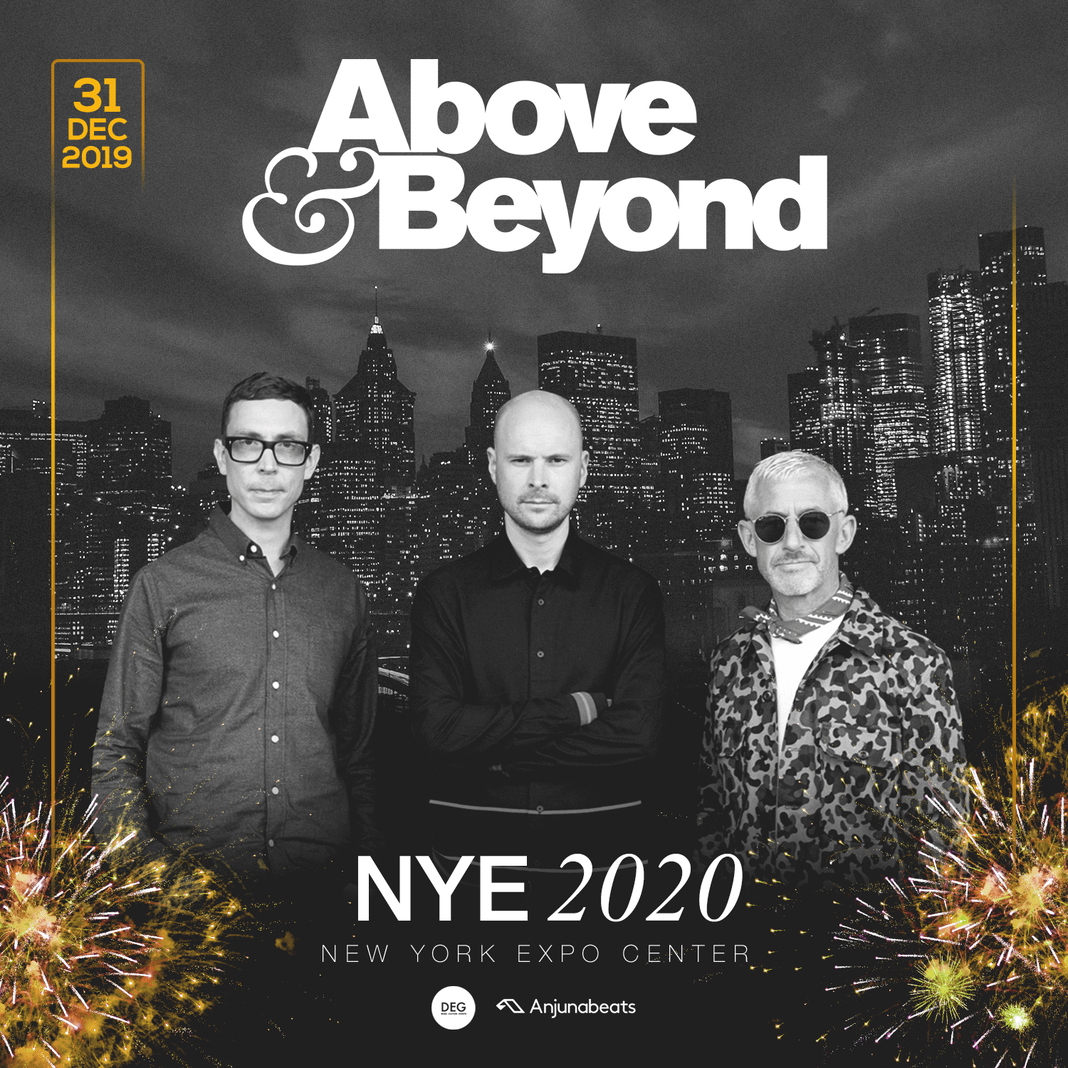 What could be better than spending New Years Eve in New York City? How about celebrating New Years Eve in the big apple with one of the biggest electronic acts in the world. On Tuesday, December 31, Above & Beyond will ring in 2020 with a special headline show at the breathtaking 60,000 sq foot New York Expo Center. Tickets are officially on sale today at https://abnye.eventbrite.com/. Hurry and purchase your tickets before they sell out!

Presented by Above & Beyond’s Anjunabeats label and New York nightlife impresario DEG Presents (formerly known as RPM Presents) the Above & Beyond trip – Jono, Tony and Paavo return to one of their favorite cities for the biggest party of the year. The globetrotting trio have penned several of dance music’s most abiding anthems. Whether performing as DJs or as a live band, Above & Beyond have always kept songwriting at the very heart of what they do. This dedication to their craft has earned the group two GRAMMY nominations in recent years. Their global Anjunafamily of fans continues to grow as does the community of artists found on their iconic Anjunabeats label imprint, which celebrates its 20th anniversary next year.

In 2018, the trio’s fourth electronic album Common Ground debuted at number three in the Billboard Album Chart. The band have performed for sold out crowds at an enviable list of venues including Madison Square Garden, Red Rocks, The Gorge and LA Forum to name a but a few.