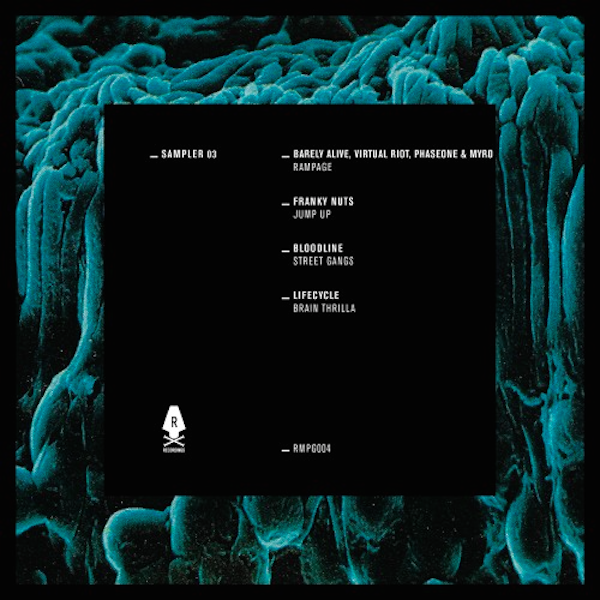 Barely Alive, Virtual Riot, PhaseOne and Myro have come together for a huge collaboration titled “Rampage” to promote their B2B2B2B set at the upcoming Rampage Festival in Antwerp, Belgium. The song is a 4-minute back-and-forth bouncing distinctly between each artist’s style.

The beginning sets the tone, but ultimately the meat the track comes after the first drop. Starting f with Myro’s style, it moves between Barely Alive, Virtual Riot and PhaseOne’s styles. A criticism the track is simply that it does not sound very fresh, reminiscent ‘‘, the Skrillex and Damian Marley collaboration from 2012. That said, each artist is close enough in their own feel that the track still flows. The drops don’t feel out place, the tone is consistent and ultimately, it is impressive that a mix four artists can produce a truly coherent piece.

takes place on March 2nd and 3rd at Antwerp’s Sportpaleis. It is a sold out, two day drum ‘n’ bass and dubstep weekend featuring some the genres most well known producers, from Dirtyphonics to Pendulum and Flux Pavilion.

Check out the track on Soundcloud below: