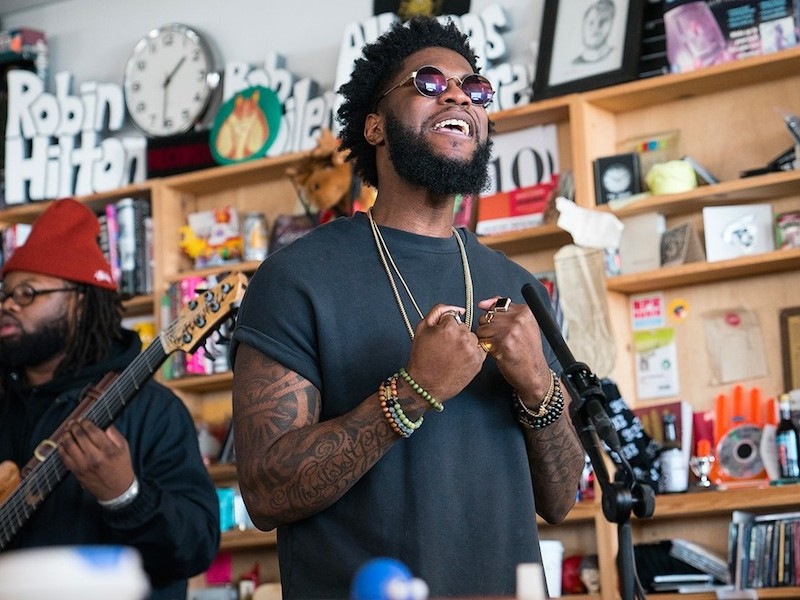 Big K.R.I.T. added his name to the NPR Tiny Desk Concert canon with a scintillating performance featuring Burniss Travis II (bass), Justin Tyson (drums) and Bryan-Michael Cox (keys). Krizzle did renditions three tracks — “Mixed Messages,” “Keep The Devil Off” and “Bury Me In Gold” — from his double album, 4eva Is A Mighty Long Time, during his particularly soulful set.

The performance included a special moment when K.R.I.T. brought out an old tape recorder his grandmother used during his childhood. “I have to feel like my grandmother was my first mix engineer,” he said.