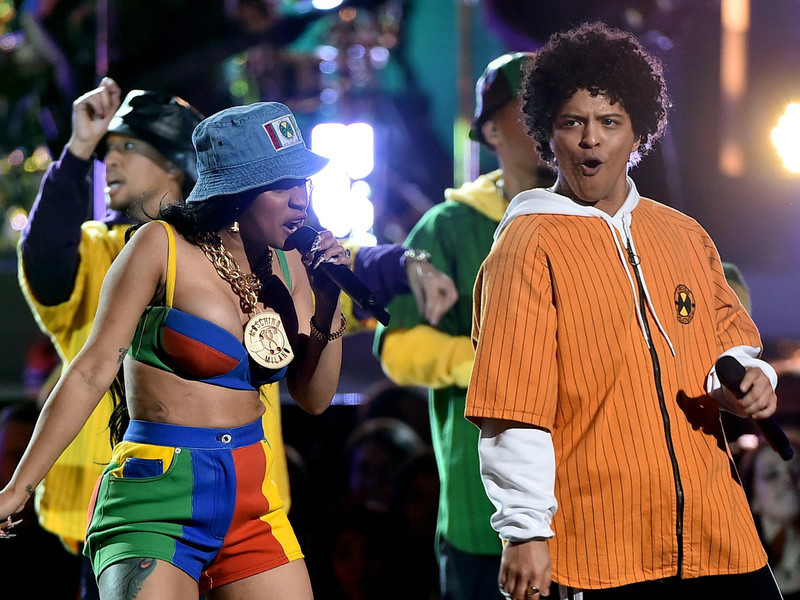 Bruno Mars took home plenty awards at the 2018 Grammys, but he also rocked the stage with an exciting performance. 2017’s breakout star Cardi B joined Mars to recreate their “Finesse” video for the audience in attendance and watching at home.

The ’90s nostalgia was out in full force as the In Living Color-inspired visuals took over during the biggest night in music. Cardi didn’t get to win a Grammy, but this gave her a marquee moment in the national spotlight.

Watch the performance above.