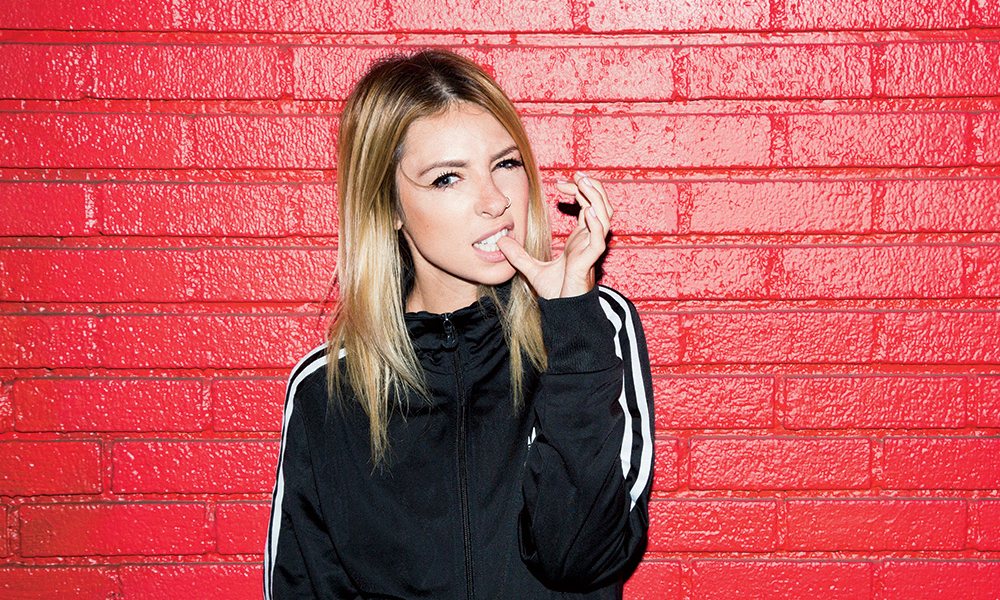 Following the popularity her debut album Run, Alison Wonderland just gave us a sneak peak her upcoming album titled Awake. After her rapid ascent in the dance music scene, the anticipation for Awake will be at an all time high.

Taking to Instagram and Twitter, Alison Wonderland, born Alex Scholler, posted the cover art for her sophomore album. It seems like we’ll be getting up close and personal with her. Whereas the was prominently just the background a race track with a small figure Scholler in the bottom right corner, Awake features a stark white background and Scholler up front and center, purple hair and all.

The cover art for Awake is a perfect metaphor for where Scholler is currently at in her career. She has continued to impress and now is front and center within the industry. With all eyes on her, expectations are high for Alison Wonderland to deliver an album just as impressive as the first.

Last year was huge for the Australian star. She was named in the inaugural Electronic Music Awards, as well as placing 89th in the annual DJ Mag’s . If you see her live you’ll understand why. Her performances are not only technically brilliant but also full infectious passion and energy. It’s no wonder why she has so much buzz going into this year.

So far, Scholler has only released one single from Awake, the bass-laden With no word on a release date yet, we are excited to hear what else is in store!