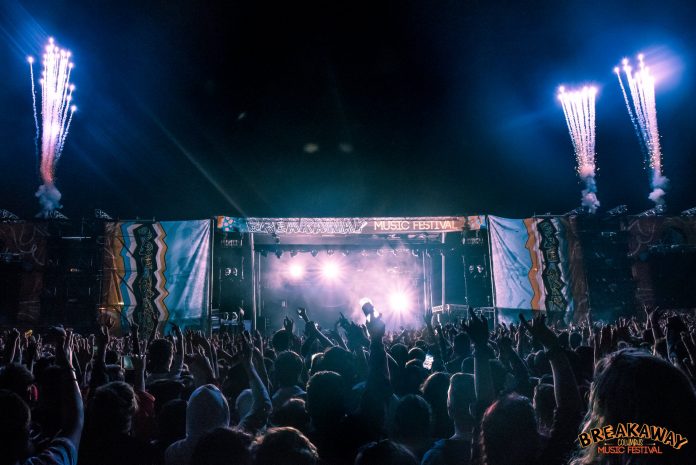 The Midwest’s favorite festival brand, Breakaway Music Festival, is back in 2018 with huge lineups for both Grand Rapids and Columbus.

Breakaway hosted their first event of the year in Dallas back in April, which was a huge  success. Now they will return to their stomping grounds in Michigan and Ohio, and they aren’t messing around with two heavy-hitting events coming.

Firstly, the Columbus edition of the festival will expand to three days this year. Taking into account the number of events that are downsizing or disbanding as the market moves away from massives, this is quite a risk—one we hope will pay off for them in the end. The Midwest is an area of the U.S. that entertainment giants often overlook. With Breakaway the people of the Midwest have found a festival to call their own, and Breakaway is rewarding their loyalty with a top notch lineup.

Columbus will feature a superstar series of EDM, pop, and hip hop artists including Kaskade, Migos and Halsey as well as exciting up-and-comers like Chris Lake and Flatbush Zombies. 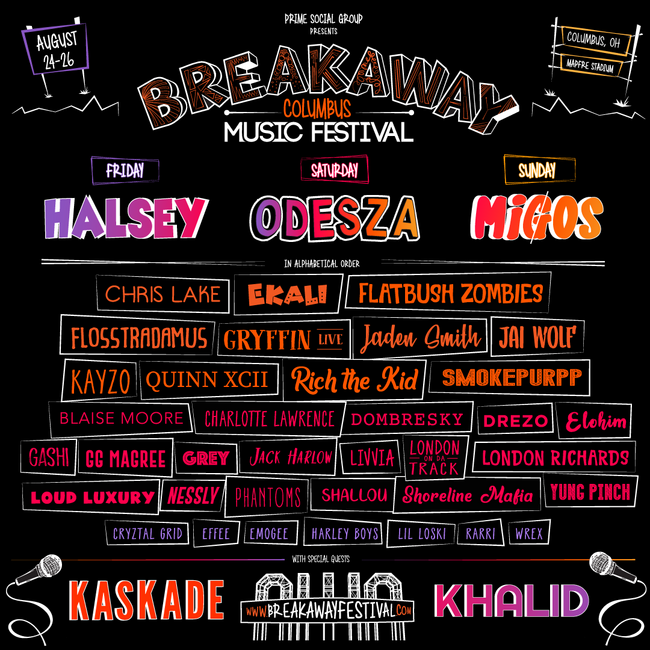 The lineup for Grand Rapids is no different with first-rate bookings like ODESZA, Flosstradamus, and Jaden Smith. 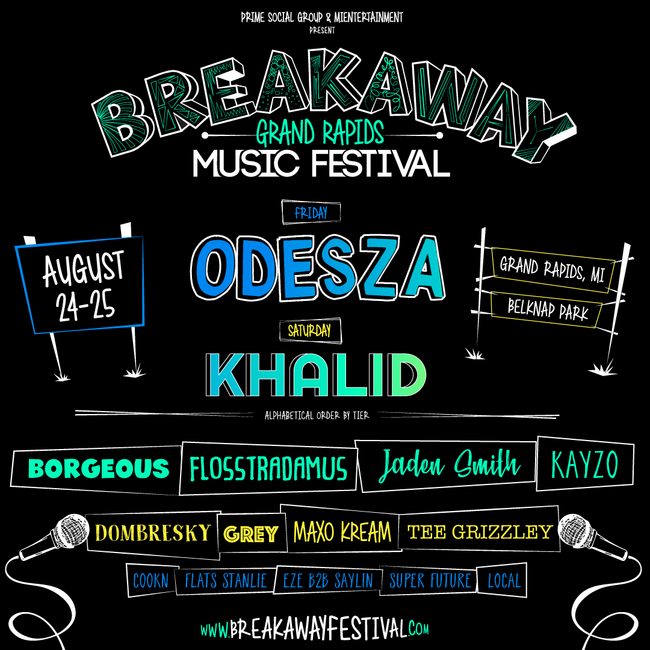