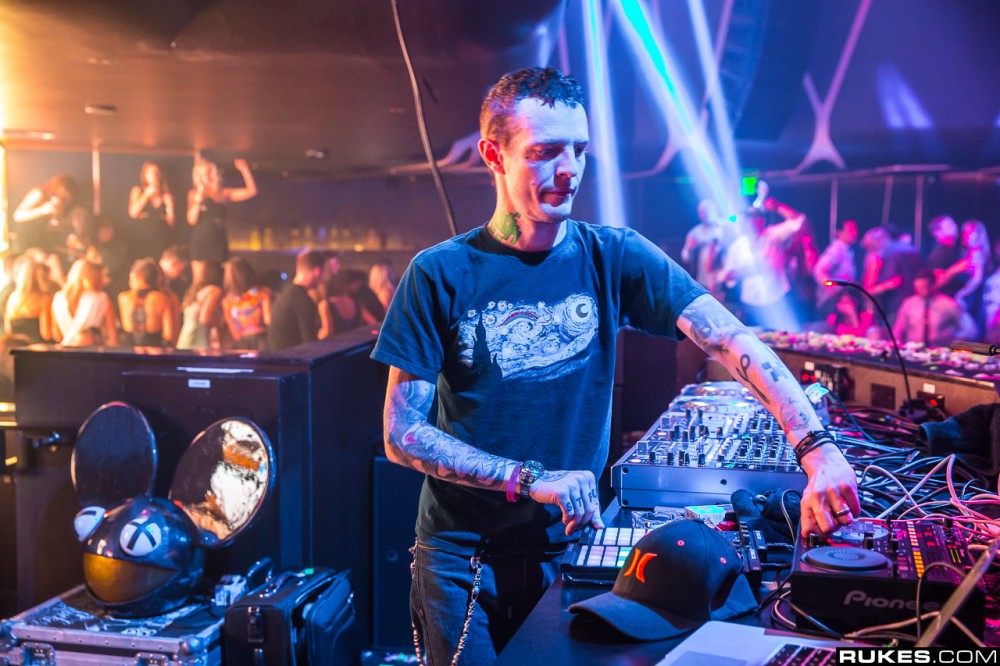 Deadmau5 performed as Testpilot for the first time in NYC last night and it was nothing short pure success!

Anyone who has seen knows Joel Zimmerman doesn’t mess around with his techno project. Except for when he decides to blatantly troll the crowd, course. After wowing his audience with a pounding warehouse set, the producer couldn’t resist having some fun to close out his debut Brooklyn set.

To cap f the night, Joel slammed a beer and cranked up the volume for Avicii’s “Levels.” The song selection doesn’t scream Testpilot, but playing “Levels” just for the hell it is most definitely something Deadmau5 would do.

“Wait for the drop… Here it comes… It’s coming!” he shouted into the mic before the song came into full effect.

Cheers to having one more notch in the Testpilot belt!