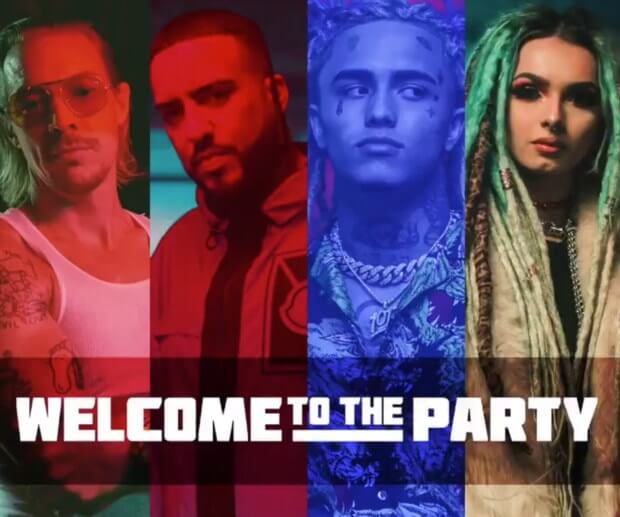 The wisecracking mercenary Deadpool returns to the big screen this Friday in the United States. Despite expecting $130-$150 million this weekend, 20th Century Fox and Marvel Entertainment asked Diplo to create a new single for the highly anticipated film.

For this release, Diplo teamed up with French Montana, Lil Pump, and Zha for a new single titled “Welcome To The Party.” The track is packed with French Montana and Lil Pump’s own verses, while Zha delivers a highly energetic hook.