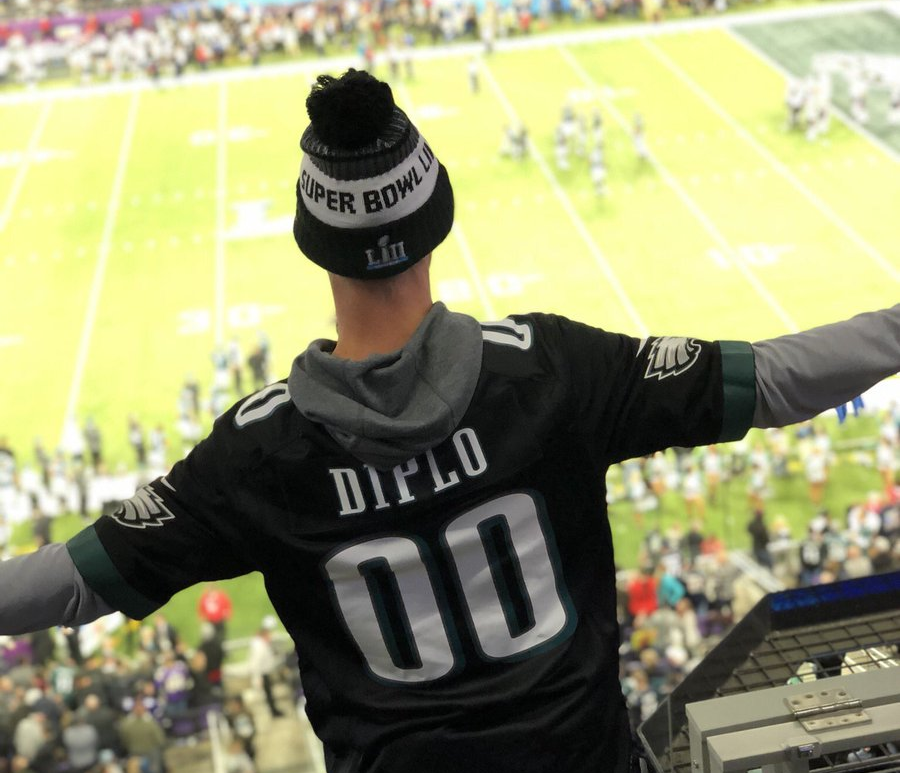 The Eagles were in total control yesterday as they trounced the New England Patriots at the 52nd Super Bowl, winning 41-33 at the end the 4th quarter. Though the Patriots had a shot at redemption in the final minutes, the tide the game was turned by a well-executed block and interception, and it was all over from there.

As you might expect, the celebration for the win was absolutely insane. Some videos from the night have surfaced, with performances from Diplo as a highlight, especially when he dropped some Meek Mill – apparently the “unficial rap artist” the Eagles. Diplo was at the game repping the Eagles (though he had his own name on the jersey he was wearing), and it’s no surprise he was holding things down at the party, as well.

According to TMZ, Cardi B showed up too! Check out the videos below.