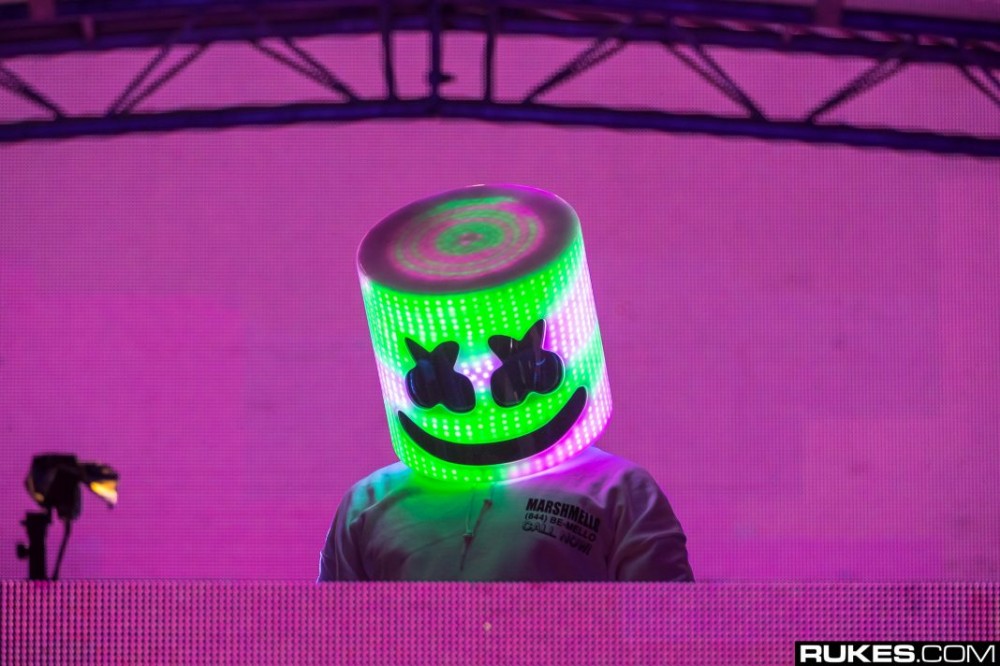 Even though most people know by now that Marshmello is Dotcom, that doesn’t mean that he is still going to have fun with the semi-anonymous identity. During the closing night at EDC Las Vegas 2018, The Binches (Dotcom, Kayzo, Ookay, Yultron) were set to perform.

During the Electric Daisy Carnival debut, The Binches brought out Marshmello to perform one of his hit singles. While Dotcom was already on the stage, it’s safe to say that the group was having a little bit of fun with the crowd.

Shout out to @TheBinches for bringing me out tonight at @EDC_LasVegas

You were already on stage tho. @iamDOTCOM