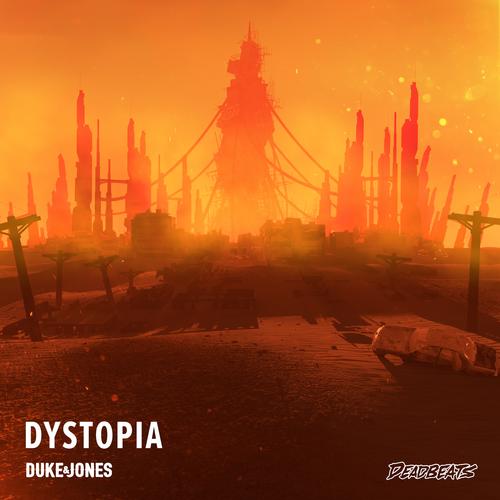 Duke & Jones have officially arrived, and we couldn’t be happier. The UK Based duo has already released an official remix for Zedd, as well as played their debut show in support of Zeds Dead at Ministry Of Sound.

Having established themselves as a duo to watch out through releases like their track ‘Tusk‘, and Eclipse EP, they continue the trend of releasing quality music through their new Dystopia EP. If you’re a fan of Duke & Jones, you’re gonna love this one, if not prepare to become one.

The first track on the EP is ‘Fade To Black’, and was actually released as a single in the buildup to the EP’s release. ‘Fade To Black’ features Rohaan on the vocals, and she’s a perfect fit for this banger. If this is the first track you’ve ever heard from the Manchester duo, this is great.

The track features a great vocal, with deep lyrics, easily making it my favorite track of theirs. Like their previous releases, the drop is out of this world and does not follow the popular sound/format that we’ve come to expect from bass music. Duke & Jones are producing music that sounds like no one else, and this is why they are shining brightly.

‘Rust’ is the next track on the EP, and it is just unique as ‘Fade To Black’. The first drop hits and its fueled by percussive hits. When the second drop hits, it sounds like you’ve got a drunken Yoshi behind the Decks and it works.

Next up is ‘Nobody Else’, and this one starts a bit slower. It is at 00:25 that we get the first impact, and from here the track starts to build. At 00:48 we get the drop and its unreal. Full of slow wobbles, percussion, and vocal chops it continues the trend of unique, energy filled sounds.

Last but not least is the fourth and final track. This is a KAKU collab, titled ‘Higher’. ‘Higher’ features some faster wobbles, sweet percussion, and a couple of cool growls on the drop.

After having listened to this 4-track EP in its entirety, I think it is easy to see why big name artist such as Zeds Dead, Diplo, Zedd, Anna Lunoe, Oliver Heldens, and even DJ Pauly D, have begun to support Duke & Jones. Dystopia is out now on Dead Beats, and can be streamed below.