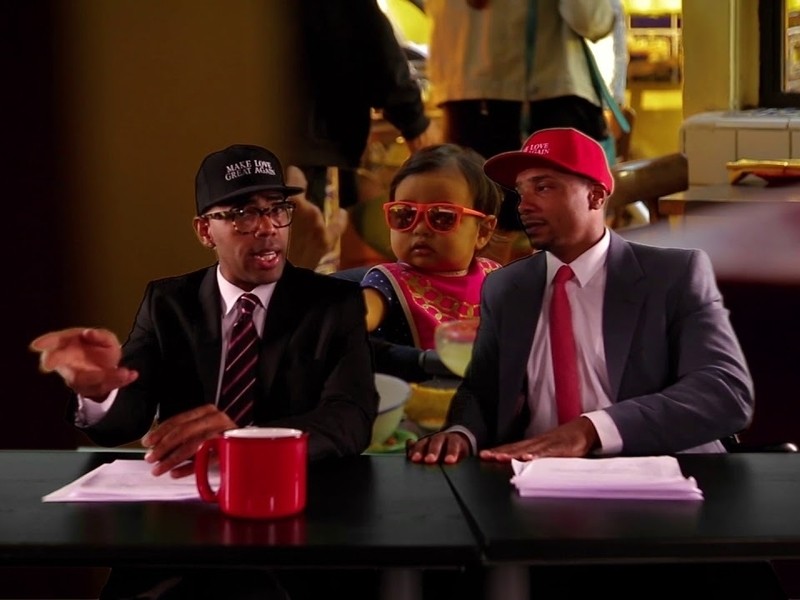 STS and Khari Mateen are reporters on the case in their new video. The duo created its own interpretation the president’s favorite phrase for their new single, “Fake News (Make Love Great Again).” The track appears on their upcoming album Better On A Sunday, which drops on January 26.

“’Fake News’ is a flip on the present situation with Donald Trump and his view mainstream news media, but at the same time is also a play on the undertone politics in a person’s personal relationship,” STS told HipHopDX. “Basically, it’s a satire, like if Trump can say what someone reported to be ‘Fake News,’ a guy can say the same thing when his girl’s friends are reporting to her that she saw her man at the club with some other woman. Now with that term being such a pop culturally relevant phrase, he’d report that as Fake News, even if it’s a fact. It’s the same thing with the tagline ‘Make Love Great Again,’ so we ran with it.”