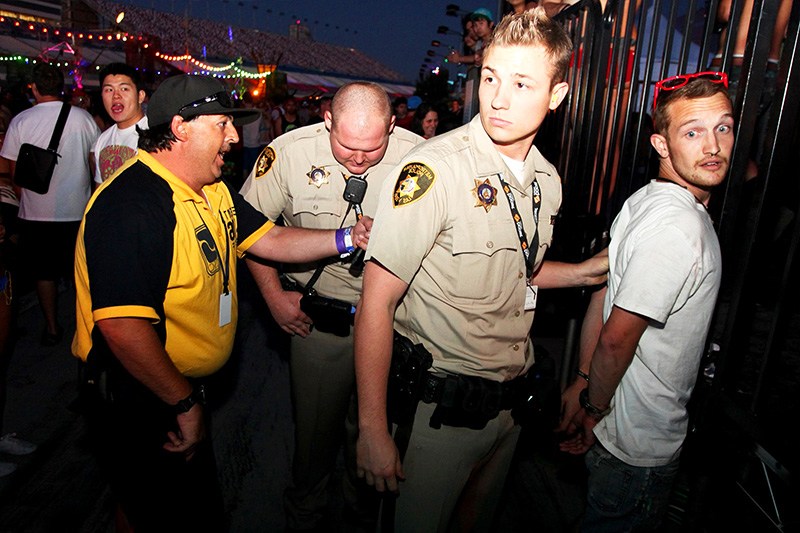 EDC Las Vegas 2018 has now concluded and thousands of festival goers are leaving the city. This year was the first time EDC has completely sold out as well. On Sunday, the last night of the festival, it is estimated that more than 135,000 were attending the festival. Metropolitan police have stated they made a couple dozen drug-related arrests Sunday, but overall, it was a good year for the festival.

Las Vegas police made 28 felony arrests which were all narcotics related late Sunday night and early Monday morning. In 2017, there were a total of 38 arrests and in 2016 a record 40 arrests for the final nights. Overall, police reported a total of 90 felony narcotics arrests for the entire 3 day festival. Two misdemeanor arrests are also confirmed on Sunday night. Thankfully, police said they made no DUI arrests and that no major traffic accidents occurred at or around the speedway.

According to Insomniac Productions, 166 people were removed Sunday night, with a total of 263 ejections for the weekend. That’s an improvement from 282 ejections last year at the festival. When asked, the Clark County Fire Department said they could not provide the number of medical calls and people taken to hospitals from the speedway. The Las Vegas Sun reports that Jeff Buchanan, a fire department spokesman, said “those numbers would not be available for an unspecified amount of time.”…..But when can we expect to see these numbers?

While there are improvements in arrests and ejections, why are medical calls and the number of people taken to hospitals forgotten? We’ll see what details are revealed in the following few days, but having these statistics missing is odd. There is still room for improvement to combat narcotic use, however we are thankful that the event went down safely. Thank you to all who helped make the 3 day event safe and memorable. Insomniac has already announced that EDC 2019 will take place May 17th, 18th, and 19th. Obviously, it will be at the speedway again and most likely will sell out again. Make sure to save these dates and stay tuned for ticket announcements!