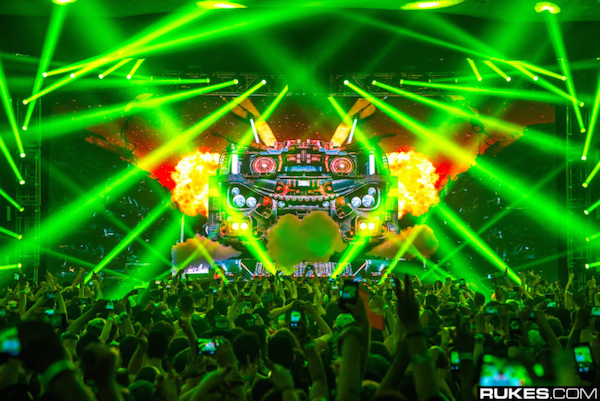 If you taken at peek at the EDC Las Vegas app recently, you may have noticed Excision is scheduled for two different sets over the weekend. That’s not out of the ordinary at all considering many artists are scheduled multiple times over the weekend for b2b’s and their respective solo sets.

However, Excision’s second show on Saturday at bassPod is titled “Detox Set,” which has people scratching their heads. This peculiar name had led all of us to wonder, what in the world is a Detox Set? Well, thankfully it didn’t take too long for the bass music extraordinaire to give us some insight as to what this concept entails.

Excision shared a brief rundown of what to expect for his Day 2 set and here’s what he had to say:

For everyone asking for more info on the Detox set, check this! 🤘 #Excision #edclv #edclv2018

Simply put, this set will be experimental in form and will be a platform to feature music and sounds that will push beyond the boundaries of his artistic style. It will be a detox of the mainstream sound and the expected. Excision premiered his Detox Set at his own festival Lost Lands last fall, and those who were in attendance know it’s actually anything but a detox from heavy bass music, but when compared to a standard Excision set, it might as well be a detox. For those of you who were not in attendance for the debut Excision Detox set, you won’t want to miss what he has in store this weekend!

Be sure to follow us this weekend as we bring you the latest EDC updates, including the EDC livestream.