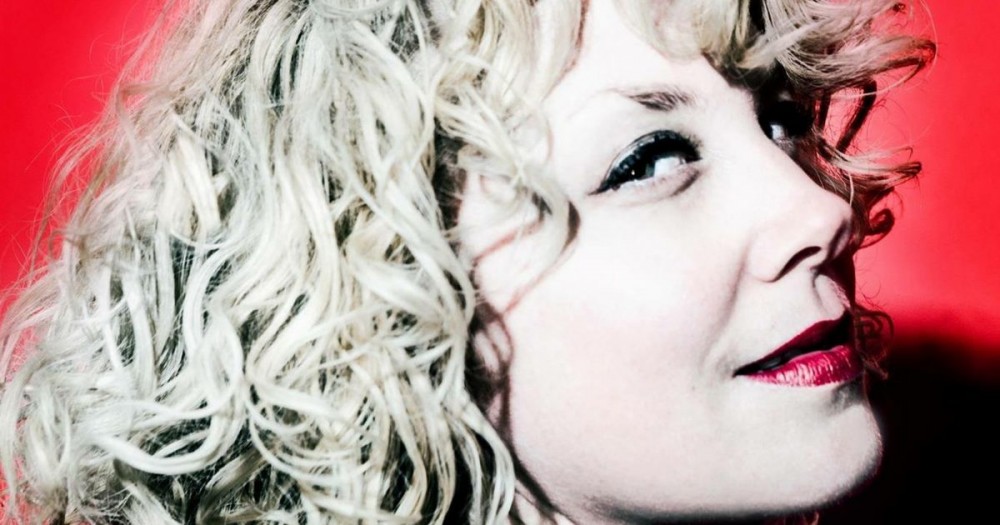 With thirteen years under her belt, it makes sense that Canadian selector Heidi has become trusted for her taste.

After travelling the world, playing in the most elite clubs and biggest electronic music festivals over the span her career, Heidi will be making her way down under once again for a string festival appearances at Pitch Music & Arts festival and Days Like This.

To warm you up for her return to our shores, Heidi has come through with an exclusive mix for us all. Expect cuts from deep in her archive as well as more renowned tunes she has been known to play in her sets.

We caught up with Heidi for chat ahead her Aussie shows, which you can read below while her 70-minute mix serenades…

Hey Heidi, firstly thank you for the mix. What and who can we expect to hear in
this?

My pleasure. I needed to get f my butt & do a new mix anyway. haha. Well… I dug a bit deeper into my collection & pulled out some my favourite tracks. Older ones. Lately there has been an excess music that I’ve been sent & it all sounds the same after awhile so I went back in time. This mix is to be played loud…. In your house, car, gym, street. Wherever you find yourself in need acidic, house & techno funk. Time to bounce. Enjoy.

You’ve been a prominent name in the scene for a hot minute now, has it changed
much in the last decade? For better or for worse?

Hahaha yes for a hot minute that’s lasted almost 13 years. The scene has changed
immensely especially due to social media & the amount people who now classify themselves as a DJ. Money has got in the way taste and diluted the music & many the festivals but I think that bubble is bursting. It seems that people have clued up and want more than just a drop & a baseline. They want to be taken places. They want good quality music played by people with passion & knowledge. They don’t need pyrotechnics & dry ice machines to have a good time. The scene is going back to the bare bones where the music was the focus & not so much the DJ. You can see it happening. There is a lot fresh talent  & original players out there right now doing what needed to be done to poke a hole is that EDM bubble.

What do you make the Aussie crowds in comparison to Europe and the US?

I first played in Australia in 2007 and came back every few years after that. It took some time for the crowds to fully embrace what I did. As it does in any place. You have to work for your audience. Certain sounds hit Australia a few years after it did in the UK and Europe. Now it’s in full swing and setting the bar very high. Taking risks and curating super forward thinking line-ups all over Australia. When I came last year to play Lost Paradise & Let Them Eat Cake festival I was overwhelmed by the crowds. Absolutely incredible. They
were so open & ready for anything I threw at them. Hands down the best tour I’ve ever done there. I can’t wait to come back.

You’ll be playing at Pitch Music & Arts Festival and Days Like This Festival in March, two Australia’s newest, large scale events that started last year. Is there anyone else on those lineups you are eager to see and recommend we see?

Wow. Well like I said before the line-ups are next level now and giving the UK a run for their money. It’s hard to say as absolutely everyone that is booked are so dope in their own way. There isn’t too much crossover which is really nice. I’ve seen & heard pretty much everyone playing but if I was to choose one act at Days Like These Fest I would say DJ EZ. He stands out on that list as there is no one who DJ’s like him. His sets are pure fire. He is a living legend in the UK garage scene. Music I’m not super familiar with but holy shit. Every time I’ve watched him I found myself slam dancing & sweating like a maniac.

That’s the kind energy I want to hear when I’m on the dance floor. As for Pitch Festival it’s hard to pick as it’s a three day event & so many outstanding artists are featured but I’m going to say Moodymann and or DJ Tennis. These two guys are from completely different backgrounds but have one thing in common. You never know what you’re going to get. They both have massive musical ranges & always throw a few curveballs in their sets which I like because it shakes up the day & their sets are always amazing in an open air setting.

What’s next for yourself after your Aussie shows? What does 2018 have in store for Heidi?

Well when I hit Australia I’ll be in the middle a world tour. Coming from 2 weeks in South America. Blasting you guys with my jams down under then I’m f to Asia to play Sonar festival in Hong Kong. My first time in China and then a bunch other shows. Basically I’m on the grind baby. As Michael Jackson once sang “don’t stop til you get enough”.

Be sure to catch Heidi at  alongside the likes Bicep, Booka Shade, Moodymann and more.  The festival takes place from March 9 – 12 in Mafeking, Victoria. Find tickets and the full lineup .