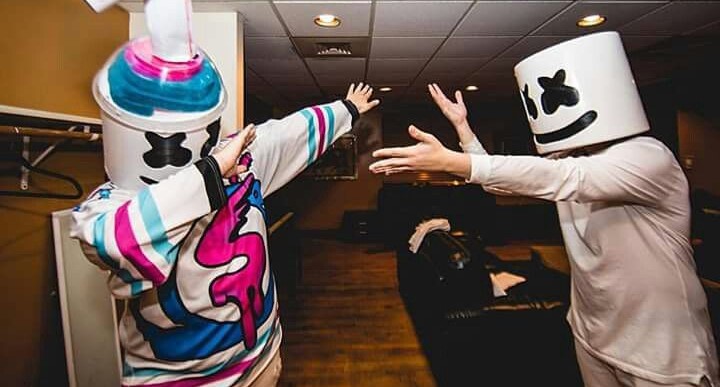 It’s been nearly a year since Slushii and Marshmello last joined forces, on the overly saccharine collaboration “.” We didn’t pull our punches in the initial review the track, though eventually we got over it and you’ll occasionally see us singing along at shows.

This Friday, the two are set to release their new collaboration entitled “There x2,” featuring vocals from at least Slushii or Marshmello – it’s hard to tell, since they both sing on their tracks now. It’s a track they’ve both been dropping in their sets for some time now, so fans should be sufficiently happy to see it finally ficially released.

The track has the same sort basic pop structure that both producers have been gravitating toward lately, albeit with an obvious dance music overtone and trap-ish beat. We’ll have to wait until the full song is out before giving our full review, but we’ll be looking forward to it!