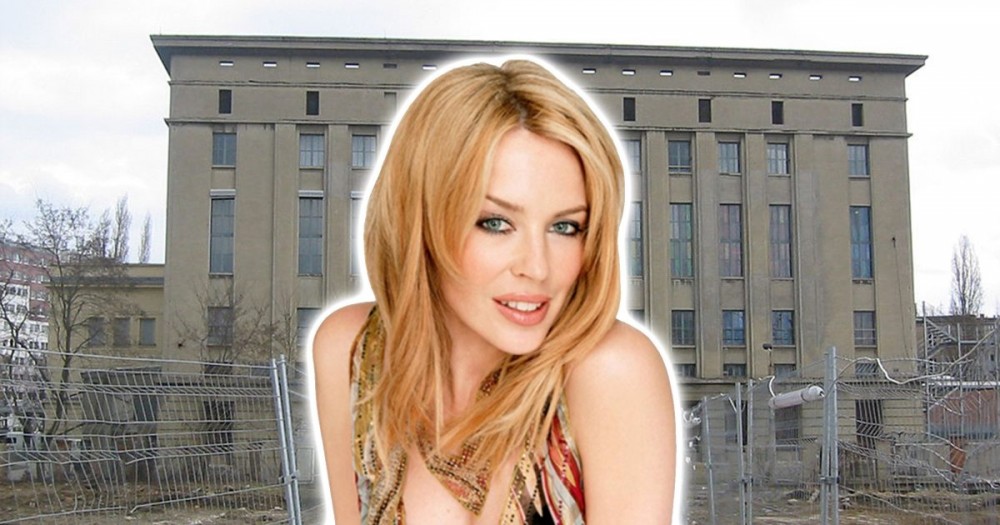 There must be some fine print somewhere that we have missed. Nope, you read correctly. The Queen herself Kylie Minogue is playing the Berghain.

Having recently announced her tour schedule for next month, the Australian singer and national sweetheart lists the Berghain as the last leg the tour on March 20.

Doing the promo rounds for her new album ‘Golden’, the small scale tour will make its way through iconic venues in Europe, inevitably stopping at the Berghain. Although we’re not sure the Berghain is the exact idea Minogue had when she thought intimate and fun, definitely iconic though.

‘Dancing’, the first single from ‘Golden’, was released last month. ‘Golden’ will be her 14th studio album and was recorded in Nashville, Texas (does that mean country/club will take over the Berghain?). The album is set to be released on April 6 with a make up 16 tracks, all in fact, co-written by Minogue.

When asked about the album, Kylie said: “I promised my fans that I would be putting my heart and soul into this record and I stayed true to my word. I was able to do that, which was challenging, and fun, and rewarding.

“It’s ended up with with a different direction for sure, but essentially I’d still say it’s very much a Kylie record.”

With the gig being booked it truly begs the question, is the era the Berghain as the institution we have come to know through the internet well and truly on it’s way out? Or is this just another facet to add to the never ending run memes that seem to be finding their way into the namesake the club as late.