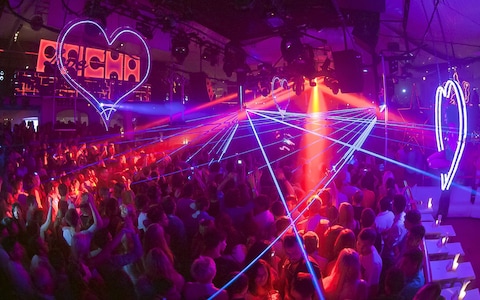 They say that imitation is the sincerest form of flattery – however, when go-go dancers are seen impersonating Police Officers at a Pacha reopening party, there is nothing complimentary about it. On May 4, 2018, the club celebrated its reopening and first night since its recent renovations. The incident was described by El Mundo and let’s just say strange doesn’t even begin to explain the situation.

It has been reported that two men dressed as cops directed a group of VIPs from the nearby Pacha Hotel to the club. Utilizing their position of dominance to their advantage, they were even spotted stopping traffic and once inside the venue, jumping on stage and ordering that the music gets turned off. The five thousand partygoers inside the club obviously did not appreciate these circumstances and begun booing and whistling. The music was later turned back on and the impersonators began dancing. Was this just a funny gag, or a ploy to make partygoers think Pacha was above the law? Either way, the real police were not happy.

The result of this bizarre occurrence did not sit lightly with the authorities. In Spain, when one impersonates a policeman, it is against the law and can carry a maximum sentence of three years in prison. It turns out that two real officers were inside the club and saw the entire incident occur. It has been reported to local authorities.

Even stranger, it has been reported that this was simply a PR stunt by Pacha, in which they had done in the past without any issues arises, and now a local citizen group EPIC are demanding that Pacha apologizes for this risky business move.

“What happened that night concerns us. Usually when someone is dressed up, you notice straight away, but in this case that didn’t happen, so everyone at the party initially believed that the two young men, who turned out to be go-go dancers, were really policemen. It’s particularly serious given that members of the local council were present and did nothing to stop it from happening. This wasn’t just a crime; it was a shameful joke at the expense of the police, whom we should respect. -Reads a statement from local citizens group EPIC.”