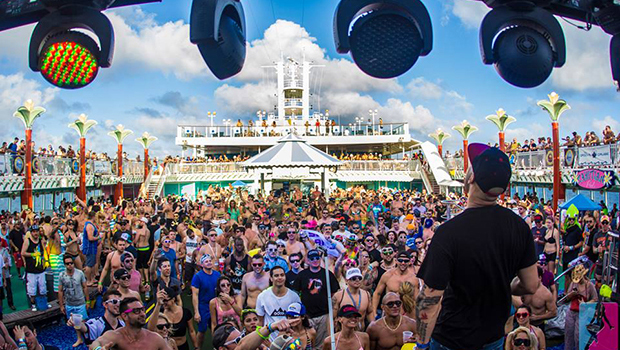 Groove Cruise Miami was an unforgettable experience for those lucky enough to be on board the Royal Caribbean: Enchantment, and apparently for those not on board as well. The party on the ocean being headlined by some huge names like Cosmic Gate, Dada Life, Markus Schulz and more. However, Facebook user Jackie Moore had a not so pleasant memory the world’s largest floating dance party and managed to record a short clip the commotion happening right outside her neighboring ship; the Disney Magic.

In the midst the excitement Groove Cruisers boarding the Enchantment, one poor cruiser happened to fall between the ship and the dock, leaving Moore downright aghast at the situation. The horrified spectator had a lot to say about the people she witnessed and her reactions during the one minute video is honestly hilarious. Offended much? Check out this short clip Groove Cruise Miami from Jackie Moore’s point view, below.