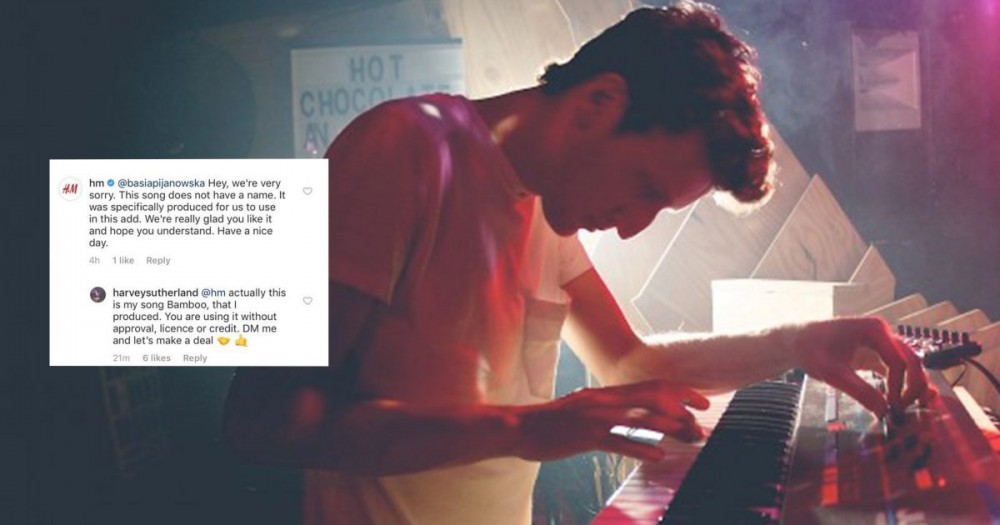 H&M are really playing the villain quite well late. After some horrendous, in their youth campaign earlier this year, they’re now ripping f Australia’s own Harvey Sutherland.

The global clothing franchise shared a new campaign to their social accounts that features the track ‘Bamboo’ by Harvey Sutherland in the background. The track actually works really well for the advert, I must admit, however this was news to Sutherland who took to Facebook today revealing that he had no idea this went down.

The worst part? H&M somehow think the track was created purely for their campaign. Where is the communication at H&M?

Be sure to head over to H&M’sand let them know they’re in the wrong. The last thing anyone ever wants is big business ripping f the little guy.

Compare the video to the original track below. They didn’t even try and tweak it.