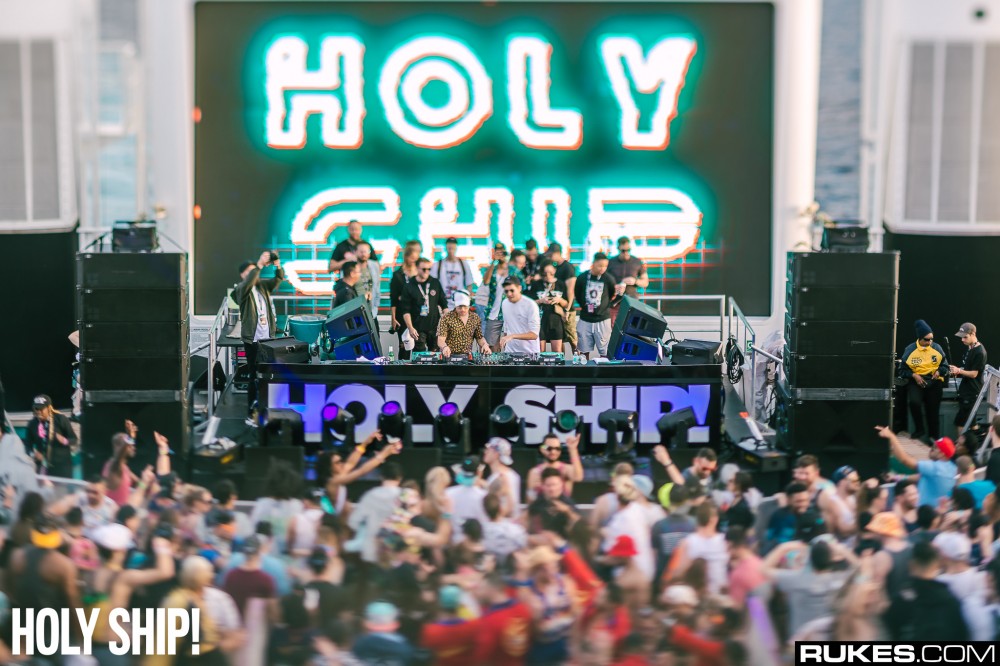 Madam X is making headlines after her Holy Ship! 11.0 set was rudely interrupted by a guy who got on the mic to tell her it wasn’t “hip hop” enough. If that doesn’t make you cringe already, it gets worse…

First up, no one should feel they have the right to make an announcement on a DJ’s mic, even if that person happens to be actor James Earl (), and especially if it’s just to bring negativity to an otherwise amazing experience.

Apparently the Glee star (if you want to call him that) had his panties in a bunch while attending a billed “hip hop” party on the final day Holy Ship! Madam X got on the decks in between 4B and GLADPVCK, only to be told her signature grime, drum ‘n’ bass, and techno flavored set was not to Earl’s taste.

James Earl, although not billed on Holy Ship! as a DJ, has responded as follows:

(Madam X) much love to you. I apologize if I fended you in anyway. The rant wasn’t about you specifically It was about the Stage. Our job as DJs is to do our homework! There was no reason for you to have to play to an empty room when it was full like this.