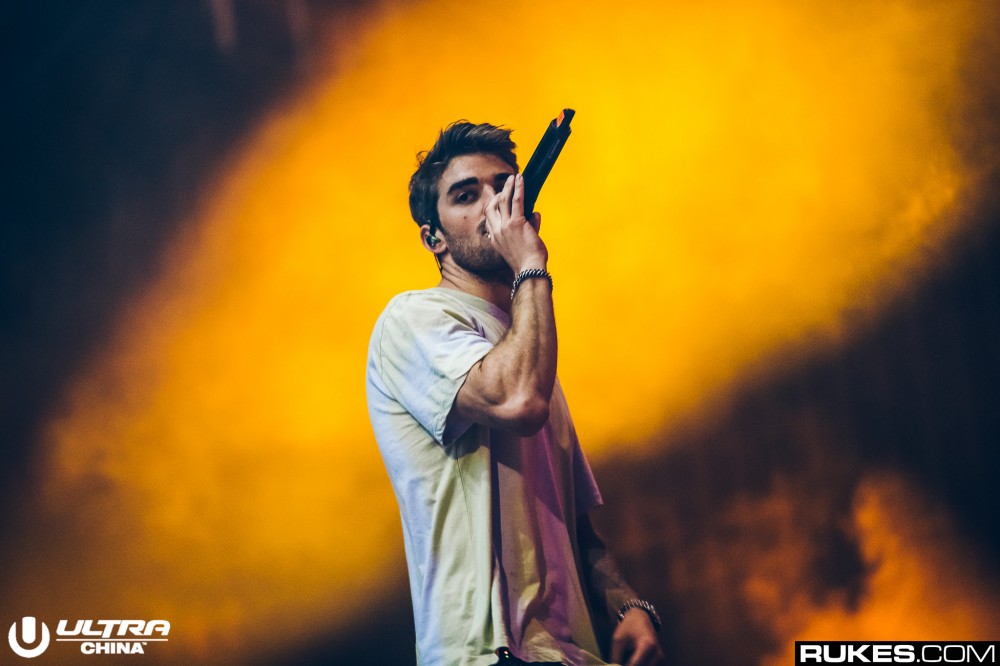 Fans The Chainsmokers are well acquainted with Alex Pall and Drew Taggart, but with their live tour has come another band member that’s no less integral than the original duo — Matt McGuire.

The drummer recently opened up to Daily Mail Australia, revealing what it’s really like creating, touring, and playing a new key role with The Chainsmokers. It’s a crazy ride, a lot hard work, but most importantly it’s a blast.

Perhaps most notably, McGuire touches on the pressures social media and how those thoughts flow into The Chainsmokers’ new single “Sick Boy.” The line “How many likes is my life worth?” resonates as he talks the importance engaging an audience online.

Here’s just a snippet what McGuire had to say. Be sure to check out the full interview Daily Mail .

“It’s so direct and simple it’s like hitting you in the f***ing face with reality.”

However, “Likes can never truly define the success, popularity or quality anything.”

“It’s extremely hard sometimes to remember not to compare yourself with numbers.”

On the group’s hard work…

“They work ridiculously hard and deserve every piece success.”

“We work very well as a team and as crazy as it sounds this is only just the beginning, I know that sounds lame as a f**k but it really is.”

“It’s one those songs regardless how intellectually advanced you are, you have to listen more than once to really take everything in as it’s that raw.”

“What I love about this track as you can interrupt it in multiple ways depending on your point in life, where you are at and your current situation.”

“I’m very thankful for everyone who believes in my ideas and concepts everyday giving me the ability to make things come alive, whether it’s to do with drumming, musical direction or show design I never feel limited.”

“Take risks and make s**t happen, the reward is far more special when it all comes together.”