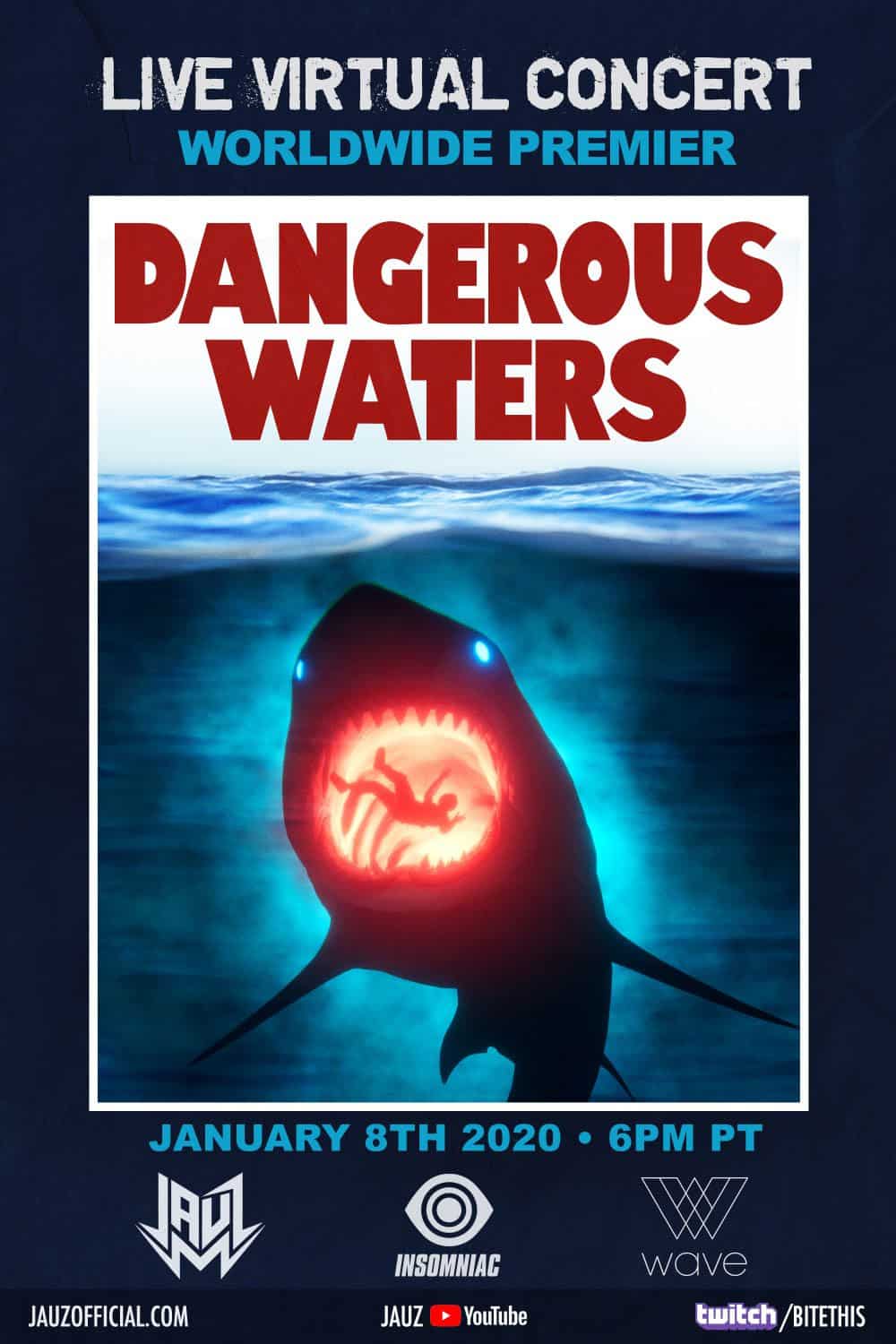 Esteemed DJ and producer JAUZ teams up with entertainment technology company, Wave, to bring fans around the world into a kick-off show for the artist’s major headlining tour, ‘Dangerous Waters.’ Taking place on January 8th from Wave Studio in LA, fans will get a wild, otherworldly preview of JAUZ’s tour and experience his new EP for the very first time. JAUZ will transform into a real-time avatar and descend into the depths of “Dangerous Waters” for the worldwide premiere of his music, with visuals inspired by JAUZ’s longtime respect and affinity for: sharks! Fans anywhere in the world can attend this special set via JAUZ’s YouTube and Twitch channels and will have access to play “games within the game” as the show happens.

JAUZ’s Live VR concert experience is another example of the way technology will change the ways artists and entertainers will engage with their fan base or consumers. As JAUZ’s concert demonstrates we may not need to leave our homes in the future to take part in live music or entertainment experiences!

During the Wave, JAUZ will use key features of the platform to engage directly with fans, while debuting a few surprises that can be expected from his upcoming tour. Those attending via JAUZ’s YouTube and Twitch channels will have access to exclusive, interactive moments including the option to game play with the underwater visuals as the show happens. To participate in this multi-channel live concert experience, fans can tune in through JAUZ’s Twitch and YouTube channels. For those who wish for a more immersive experience, they can virtually attend as their own avatar, using Wave’s VR and PC desktop apps that are supported on Steam for HTC Vive, Oculus Rift and Windows Mixed Reality.

Stay tuned for more information from Jauz and Wave on the live virtual concert experience set to debut on January 8 and pre-save the Dangerous Waters EP now!