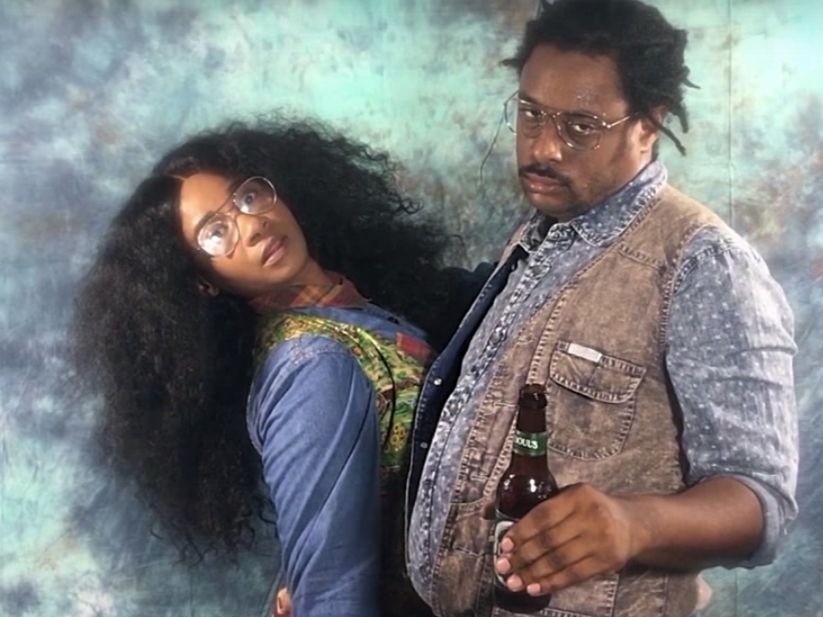 Jean Grae and Quelle Chris — who got engaged last year — have surfaced with a hilarious video for “Gold Purple Orange.”

Throughout the roughly seven-minute affair, the couple pose for awkward family photos.

“Glamour photo shoots from the 1980s,” Grae said in a press release. They’re beautiful. They’re st. They’re expressive. People have the best shots and expressions. Not to mention- props. Not to mention backdrops. Yet, I have mentioned them. When we came up with the album title, I started thinking about what kind photos best expressed that statement. It was instantly the awkward, temporary confident smile an 80s glamour shot.

She added, “It’s a fun video. Our friends are in it. We played dress up. I love editing and shooting and directing videos. In that way, it was also a fucking blast. I shot it in our living room, and now we own entirely too many 1980s backdrops for photo shoots. Shout out to the amazing Mindy Tucker, who shot the original album art and press photos, because we then continued with the look, to keep the project cohesive. Really, it was a wonderful artwork shoot for both experiences.”

“Gold Purple Orange” comes from the duo’s upcoming collaborative project, Everything’s Fine, which is expected to arrive on March 30.