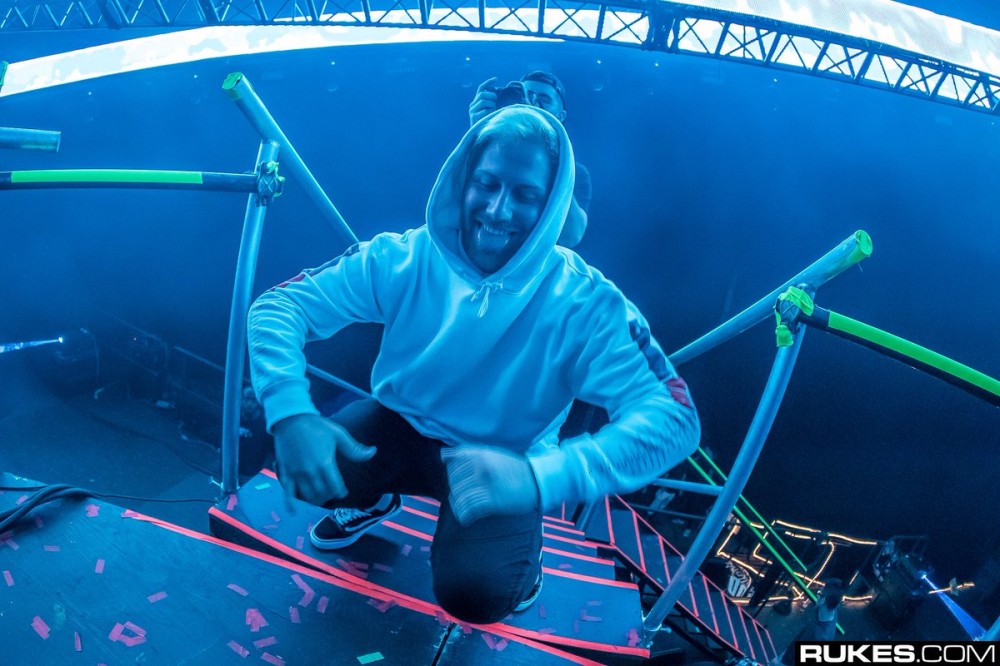 With only two weeks to go until the first major album the year drops, Kayzo has unleashed the second single from his debut album Overload. The new single the same name features a Kayzo reunion with vocalist Micah Martin, who’s previously worked with Kayzo on “Feel The Power” and the Slander collaboration, “Holy.”

Martin continues to prove his vocal range and strength in “Overload” with a performance that perfectly augment’s Kayzo’s already brash and unforgiving production style. The song begins with some heavy guitar riffs before giving way to a more symphonic construction leading to the drop. And from the drop, you wouldn’t be surprised to hear this track on a heavier label like Never Say Die – however, in true Kayzo fashion, there’s more to the track than meets the eye.

At the second drop, you get his signature blend bass and psy as the rhythm pulsates far above the 140 bpm the first drop. A third drop still awaits which further blends the two styles together and gives a fantastic finish to the whole release.

With the first two tracks  Overload now out, and the album only two weeks away, it’s hard to say if Kayzo will find time to fit one final single in. Either way, fans have a lot to look forward to on January 19.