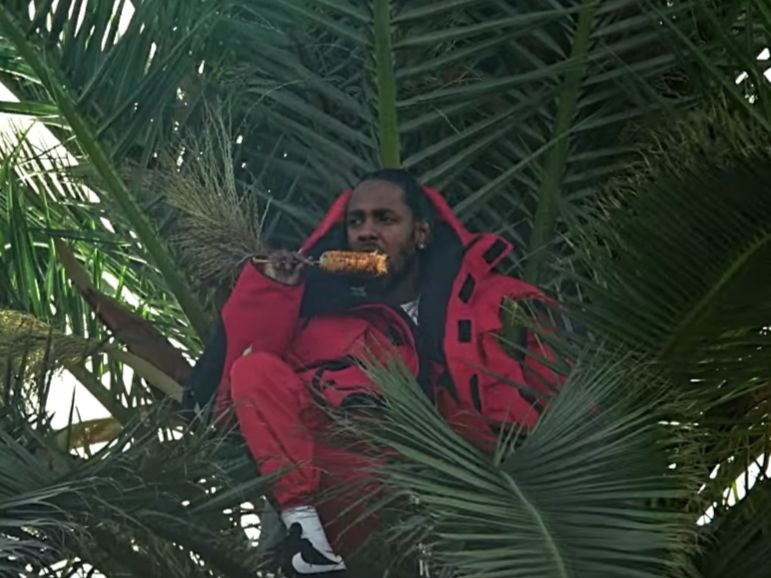 Ahead Black Panther‘s Friday (February 16) release, TDE has released a video for “King’s Dead,” one 14 tracks from the Black Panther: The Album soundtrack.

Featuring Jay Rock, Kendrick Lamar and Future, the visual kicks f with K. Dot rapping from a palm tree and eating an elote, and Jay Rock following suit. They hit an fice and a barbershop before Future pops up to deliver his bars.

“King’s Dead” is directed by Dave Free the lil homies and Jack Begert, and partly filmed at the historic Bradbury Building in Los Angeles.

Watch the “King’s Dead” video above.