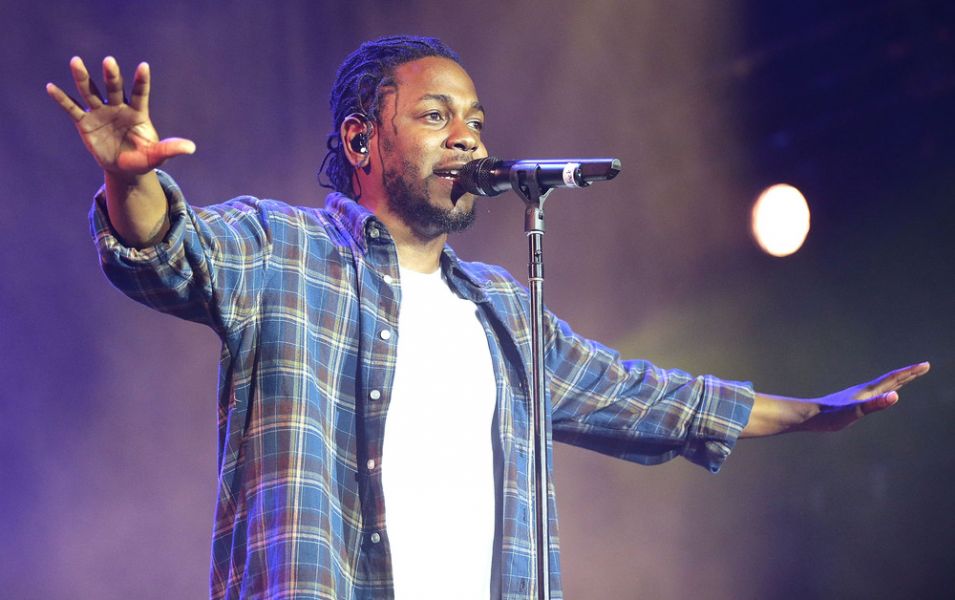 Artists are always looking for new & innovative ways to give fans the best experience at live events. One of the more popular tactics artists incorporate into their performance is inviting fans on stage to perform alongside the artist. At Hangout Fest this weekend Kendrick Lamar blessed a fan with the opportunity to sing with him on stage and well… it did not go exactly to plan.

Kendrick was throwing down another brilliant performance as usual at Hangout Fest in Alabama this weekend. When it was time to perform his song “M.A.A.D. City”, Kendrick decided to give a fan the opportunity of a lifetime to perform the song with him on stage. The crowd cheered and applauded for the young white woman as she mad her way to the center of the stage. Kendrick then cued for the song to play and the fan went off, rapping every word to the song, literally EVERY word. It just so happens that the chorus consisted of the N*word in every other line. As soon as she started rapping the alarming word, the fans quickly turned against her and cheers became boos. Embarrassed by the awkwardness, Kendrick cut the song leaving the fan on stage confused. She clearly missed the point as she asked Kendrick, “am I not cool enough for you?” Kendrick then explained to her the situation and the fan immediately began apologizing. He gave the young fan another go at the song with her bleeping out the N*word but the vibe throughout the venue was already dead.

Luckily for EDM fans, pushing the button with Above & Beyond doesn’t have any lyrics. The worst you can possibly do is throw up on Jono. Check out the awkward performance of “M.A.A.D. City” below now and try your best not to cringe.

This bitch really just said the N word on stage with Kendrick LAMAR! WHAT THE FUCK BITCH! YOU JUST BURIED YOUR GRAVE!!!! @kendricklamar @hangoutfest pic.twitter.com/OJLnIisHyN