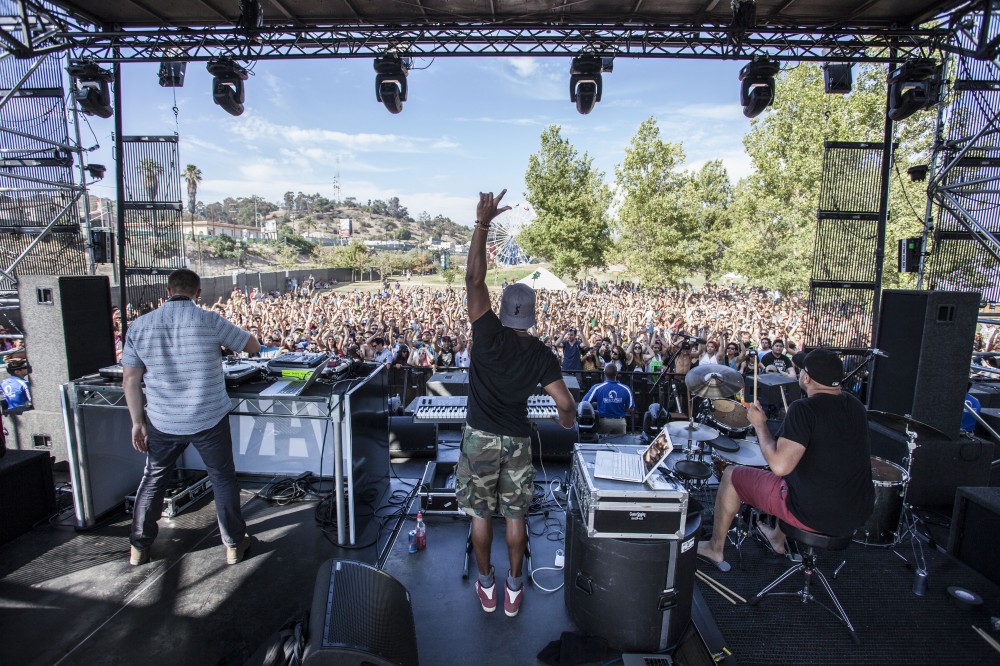 There’s a good chance that you’re a fan Keys N Krates because “Dum Dee Dum.” No need to be ashamed it – the single helped KnK break through tremendously in 2013 and rocketed them to the forefront trap and live electronic music. Now five years later, the trio are here with their debut album Cura, and it’s all we wanted and more.

Rather than the hard trap beats years past, fans will be immediately met with shimmering synths and melodies and stripped down hip hop beats reminiscent the 2000s. In fact, there’s really only one song that could be classified as trap, “Flute Loop” with Ouici. As its name implies, the track makes some wild use a flute and crisp 808s that provide the bulk the melody and rhythm for the whole thing. It’s no doubt Keys N Krates’ unique style trap and it’s a welcome respite from the beat-laden album right in the middle.

The remainder the album shines in its use minimalism and simplicity. It’s hip hop, disco, R&B all rolled into one slender package that’s easy on the ears and your time. The 9-track album clocks in at 26 minutes, meaning you can easily breeze through the whole thing in normal city traffic to any destination.

Check out Cura below.

The album is supported by an extensive headlining world tour, with North American dates that kicked f on January 24th in Buffalo, NY and will run through the spring. The group will make festival appearances at Ultra Music Festival and the recently announced Sónar Hong Kong. Shortly following, they embark on European dates, and circle back for a homecoming show at Toronto’s Danforth Music Hall on May 11th.