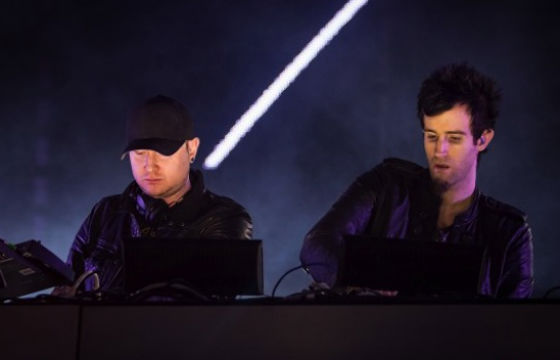 Knife Party has always been one of the hottest electro house groups in the world of electronic dance music. Gareth McGrillen and Rob Swire, the two members of the drum and bass band Pendulum, have always succeeded in pleasing their audience with their outstanding visual productions and their incredibly unique sound.

Recently, the Australian duo announced that they are “heading back over to North America,” for a new tour. However, the positive feedback seems to have fallen short with their dedicated Canadian audience.

Although their official tour announcement includes two stops in Canada, i.e. Winnipeg and Vancouver, Canadians have been quick to point out that a North American Tour should consist of more than just a couple stops in Canada, as opposed to ten in the United States of America.

As some of their dedicated followers are in the beginning stages of planning a road trip to hit up the nearest tour destination, Canadians can’t help but wonder if more dates are on the way. Maybe these are truly the only stops that the duo will be making in Canada.

The first tour date is quickly approaching and we absolutely can’t wait to see what they have in store. Rob Swire has previously stated that new Knife Party music is in the works. Perhaps we may even find out that more stops are planned. In the meantime, fans must cherish the fact that they will at least be coming to North America, which doesn’t seem to be the case for other EDM artists these days.

Tickets go on sale tomorrow, Thursday, May 24, 2018. That said, this tour is one of the most highly anticipated series of events of the year. Don’t wait to purchase your tickets to ensure your spot will be on lock.