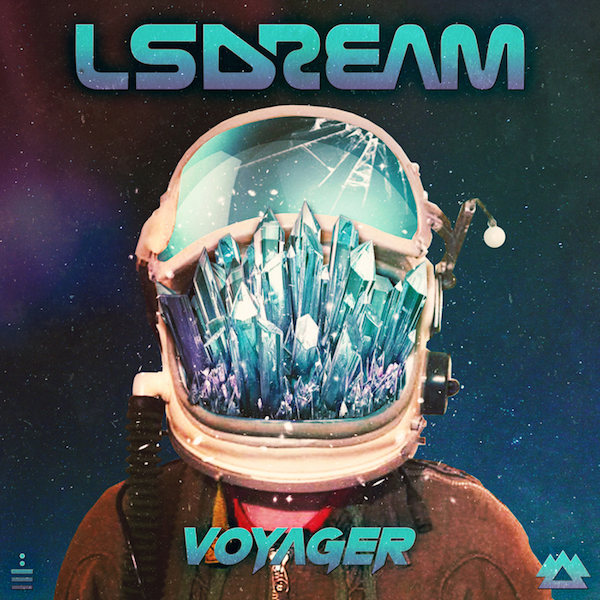 After a significant absence from the spotlight, the artist formerly known as Brillz, Sami Diament, has re-emerged with the debut album from his side project LSDREAM. The name of the project really says it all when it comes to his new sound. What we’ve got here can best be described as trippy, dreamy, euphoric, electronic bass music. During his absence, Diament linked up with the Wakaan Collective boys Liquid Stranger and Space Jesus to redevelop his sound. The result, a 10-track body of work entitled Voyager.

Seven out of the ten tracks on the album clock in at over 6-minutes long, much of that time devoted to atmospheric intros and breakdowns, haunting vocal clips, along with scintillating percussion based builds, laser-influenced sounds and heavy bass from start to finish. After just one listen through, it’s very obvious that Diament thought long and hard about the direction he wanted to take his sound. It’s often discussed how many electronic producers have avoided releasing full albums because of the difficulty in stringing together ten or more productions in a cohesive, storytelling manner. Voyager is highly successful at drawing the listener in from the onset, and keeping us interested until the very end.

You can take a listen to Voyager by LSDREAM below. The project was well worth the wait, and we definitely expect you’ll keep bumping this one for a while.