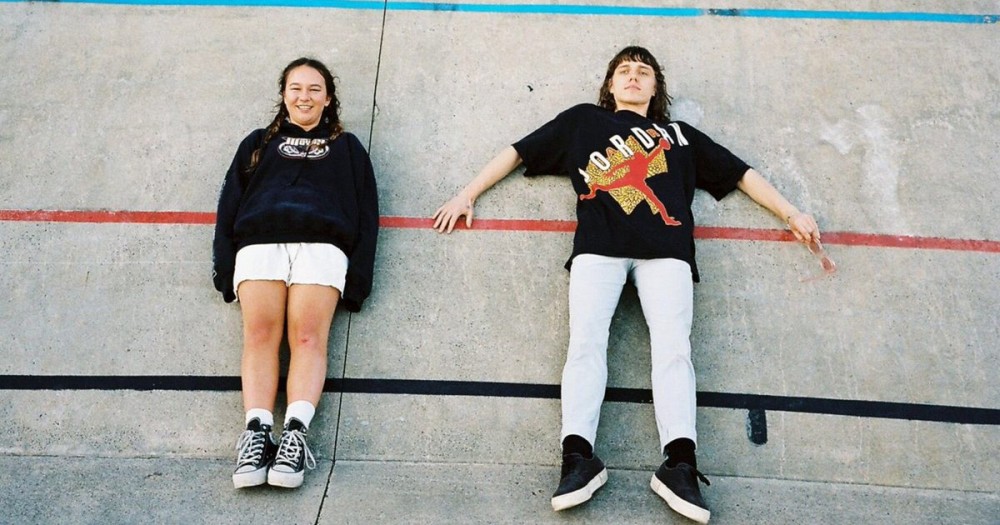 We may as well rename 2018 Mallrat’s year. Today marks the release her brand new single, ‘UFO,’ featuring her friend and self made hip-hop star, Allday.

The latest single finds itself in circulation just a mere few weeks after her previous single ‘Better’ landed her a debut spot in the triple j Hottest 100 (#46), indicating what we already know: she’s one Australia’s youngest rising stars.

Standing in heavy opposition to her preceding, acoustic guitar focused release ‘Better,’ ‘UFO’ finds itself in a dimmer, more menacing outpost. Its thick production and tiers magnetic phrases showcase the leaps and bounds she has made as a composer and creator since the release her debut EP, Uninvited, back in 2016.

Whilst, the appearance from Allday shows the currently, LA-based / Adelaide-born rapper, convey one the silkiest features his calling, with his own harmonies accompanying his concise delivery, serving to effortlessly mold his involvement in wholly with the aesthetics Mallrat has constructed across the rest the track.

Speaking his feature on ‘UFO,’ Mallrat says that she found it tough to see herself teaming up with anyone else, which speaks volumes on the close bond between the two artists.

“I feel like we’re two peas in a pod, so it’s pretty amazing that we can work together,” says Mallrat. “I don’t know if there are a lot other vocalists that I would feel comfortable asking to be on my songs, just because I feel like lyrics are so personal for me. But because he’s such a close friend and we always get where each other are coming from, it felt perfect for the song.”

Mallrat looks set to become even more a global superstar after this release, listen to the track in full below.