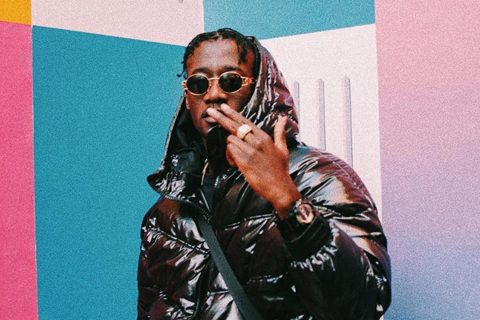 Being the feature artist on triple j’s unearthed in 2016, Manu Crook$ has had a string of successes. Pulling in a cool 7.4 million plays on his Youtube channel, the Sydney based artist has to only ask WHEN instead of IF he will make record breaking numbers. He has been going from strength to strength and this new track ‘Fuego‘ is his latest to put him in line with some of hip hops hall of fame globally, let alone Sydney.

Coming off a tour around Canada, the Ghanian raised rapper is about to get on a heavy rotation of cities across Europe for the continuation of the ‘Mood Forever Tour‘ EP which was out late 2017. This new track has already been played on BBC radio one and featured on radios around the world.

Anfa and Manu Crook$ have that singer-rapper partnership made in rap heaven. The minimalist trap flow type beat, from his producer at hand Dopamine, makes this track really pop. The song features a flamenco guitar strumming away and what is assumed a South American sample accompanied with well timed chops and changes in the starting and stopping  their bars that only few pull off so smoothly. All together has this song destined for head bopping commutes to work all around the world.

Be sure to catch him at Splendour in the Grass or otherwise overseas at many European venues!   Give the track a heavy Spotify rotation or just let him spin his magic and pull you in anyways.