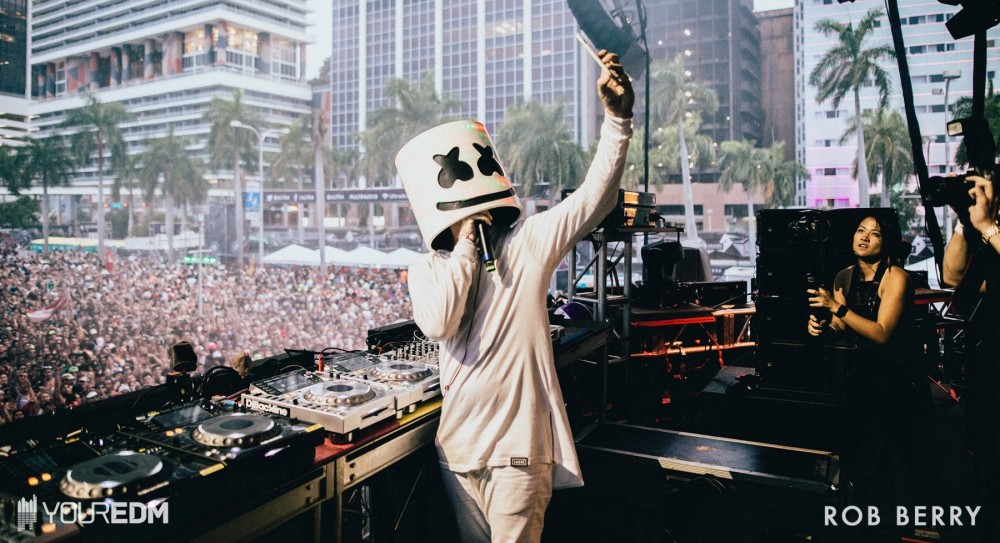 Marshmello is a hit-making machine and he just announced three more collaborations are on the way!

Soon we’ll hear how Mello vibes with Jauz, Crankdat, and Sumr Camp on their own respective tracks. Previously, Jauz and Marshmello put out “” together. However, these will be Marshmello’s first ficial releases with Crankdat and Sumr Camp (which many believe to be , the other producer behind “” with Noah Cyrus).

Just the news one these collabs would have been enough to send his Mello Gang into a frenzy, but for someone with as much material as Marshmello, why not just put it all out there at once?!

Marshmello has also announced plans to bring his sound back to dance music for a . With all this new music in the works, it’s hard to say if these collaborations will be part that body work, or not.

Finally, Marshmello says he’s ready to drop “FLY” soon – this isn’t a track name we’re familiar with, so could it potentially be the name the EP? We’ll have to wait and see.

Let us know which collab you’re most excited to hear!