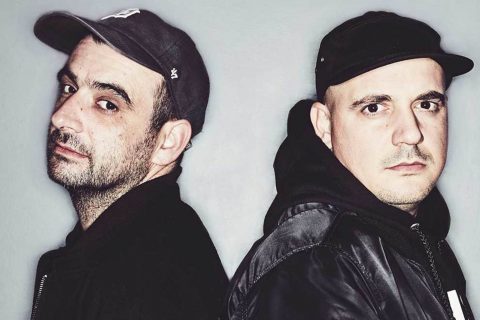 Prominent Germany techno duo Modeselektor have shared their first new music since 2015 and it certainly raises the vibrations.

‘Kalif Storch‘ is the fiery first joint from the group’s fourth ‘Modeselektion’ compilation album, which is slated for release on June 1st the Monkeytown and Ninja Tune imprints. Modeselektor are not known to do things in halves, and shall release this compilation as a 17-track exclusive featuring some of the most formidable names in dance music including Vatican Shadow, Skee Mask, Radio Slave, Lone, Actress, FJAAK, rRoxymore and Rodhad. The pair, comprising Gernot Bronsert and Sebastian Szary, had previously offered a sample of this compilation with a four-track EP ‘Modeselektion Vol. 4′.

‘Kalif Storch‘ is Modeselektor’s muscular comeback track, which is named after a German nightclub in Erfurt. The song features a customary frenetic baseline accompanied by a thrusting, jungle-like rhythm and acidic interludes.

Get to know the German duo a little better by watching their 2017 ‘We Are Modeselektor’ documentary and if you happen to be gallivanting around Europe or the US this summer, catch them at one of the below dates.