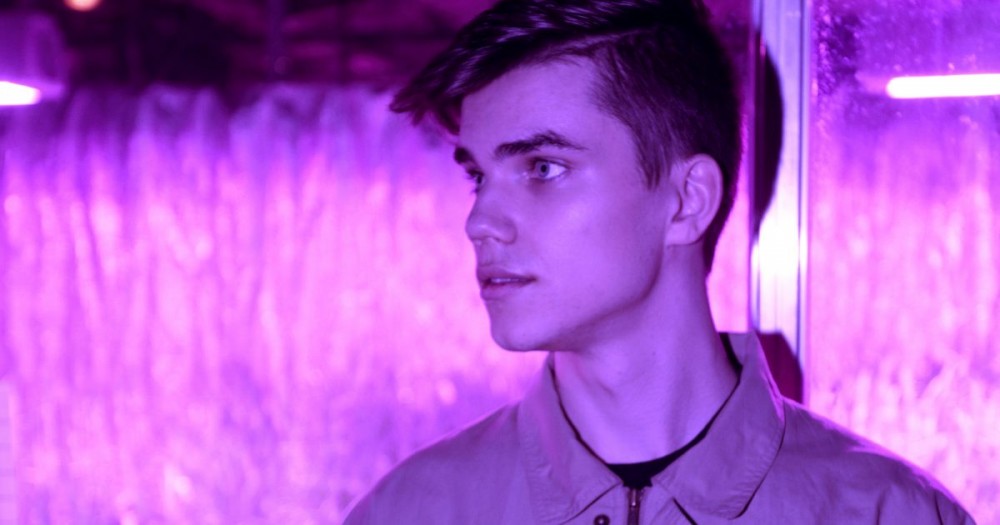 Next In Line is a series focusing on Australian artists on the way up.

Queensland producer Bad Computer is yet to catapult into the Australian music world, but that might be because he is too busy killing it on a international level.

Taken under the sturdy wing Monstercat last year, Bad Computer has been steadily building his name in the global electronic scene with his forward thinking yet nostalgic take on production.

His latest release, ‘Disarray’ was further pro for us that this guy is the real deal, creating a sound that could be considered the musical lovechild early Deadmau5 and Porter Robinson, both which he admits have inspired him along the way.

We caught up with Bad Computer this week to learn more about his musical inspirations, his interpretation his sound and the direction Aussie dance music is heading.

When did you start making music and why?

I had only recently gotten a PC, and was only just discovering the power the internet when I started in 2011. Finding new music online quickly became a pastime mine. I think I fell in love with electronic music after a friend from school introduced me to the ‘Scary Monsters and Nice Sprites’ Album by Skrillex. It sounded so rebellious and I hadn’t heard anything like it before. Coincidentally, another friend introduced me to FL Studio soon after, and I quickly became fixated on writing my own electronic music.

Who are your musical influences? What were/are you listening to?

In the beginning, I was listening to Deadmau5, Skrillex, the old Porter Robinson, Feed Me, Mord Fustang, and heaps more. Basically anything that sounded super complex and hard-hitting, I would find enjoyable.

Right now I’m listening to a lot DnB, House, Techno, IDM, and a bunch unique artists that are difficult to classify like Culprate, Koan Sound, Moody Good, AWAY, Grey, and so many more.

How would you define your sound?

I’m writing music that is heavily inspired by the trends EDM back from around 2010-2012. It’s a form house music that intends to bring all the nostalgia yesteryear into a modern context. It should sound familiar, but different, hard-hitting at times, but soulful, and self-expressive. Each song mine I associate with a particular setting. Though not always a real one, I’ve noticed that it’s quite ten a cold day in a place that I’ve frequented at some point in my life. I always try to express my current emotion/s when I’m writing.

Artistic integrity is super important to me. I’m not all about club ‘bangers’, and although my music is ten 128bpm house, it’s rarely DJ friendly. The common tempo is intended to evoke those feelings nostalgia more than anything else.

What are you currently working on?

You should expect a lot more singles from me on Monstercat this year. I’m over the moon to be on board with them. I’m also working on a collaborative piece with my good friend & fellow Australian, Zac Waters. I’ve also got a few other things up my sleeve, but I can’t say too much right now.

What is your view on the Aussie dance music scene right now?

To be honest, I think it could be improved a lot. I want to see a lot more innovation; I want to see a higher standard sound/mix engineering; and I want to hear dance music with an artistic backbone – not something that will become irrelevant in a year’s time. That being said, I definitely think that the Aussie dance music scene is improving, and that it will continue to improve over the coming years. There are a heap underground Australian dance musicians that are killing it right now. Shoutout COPYCATT, Lockjaw, Mr. Bill, Willaris. K, Odd Mob, and Zac Waters.

Check out our last piece in the Next in Line series with Ninajirachi right .