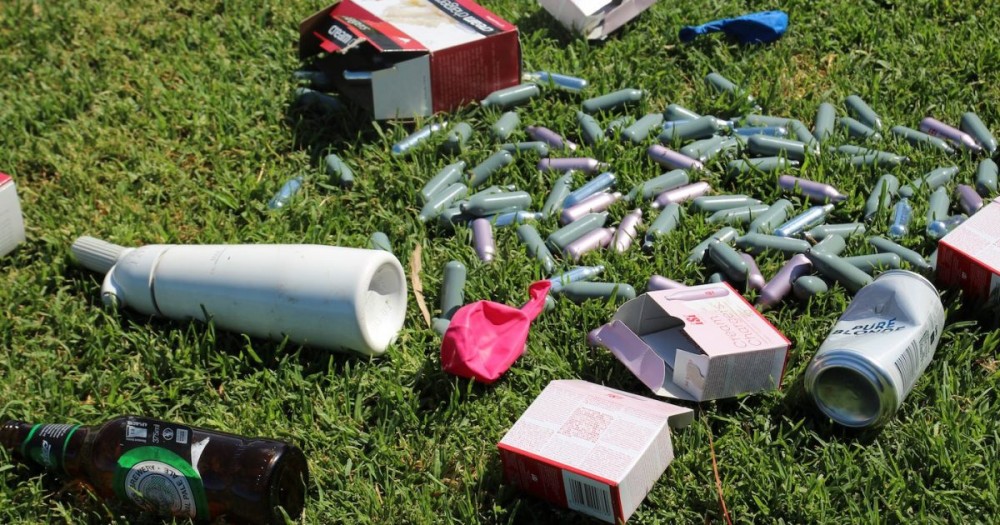 Sorry nang heads, but Rainbow Serpent Festival has ficially put the foot down and banned them for their upcoming 2018 instalment.

For those unaware, nangs is a term for nitrous oxide (laughing gas) which has become an increasingly popular pass time for partygoers across Australia over the past few years. Despite being technically legal, there have been reports that nangs are actually quite hazardous for human consumption, and are a terror on the environment.

Because this, the festival took to this week to reveal they would be banning the use nangs during the event. They wrote: “Nitrous Oxide: Best saved for whipped cream desserts! As you know, we have tried since 2012 to encourage patrons away from using NOS by banning it from the festival area. It is just not cool to stumble on empty bulbs left on the ground. In addition to being a safety hazard, NOS also increases the amount rubbish we accumulate for landfill. These bulbs are not recyclable due to danger explosion and the empty boxes, balloons and cartridges are left everywhere. YUK!

The fact is patrons have ignored our pleas so we are unfortunately enforcing a complete NOS ban in 2018 and we will confiscate any bulbs or paraphernalia found without exception.

This news follows Rainbow Serpent’s open and honest concerning drug use at the festival, and how they plan on creating an environment that will be safe for everyone.

What do you think about the nang ban? Should more events follow suit?

Rainbow Serpent takes place from Jan 26 – 29. For more info on the festival, click .