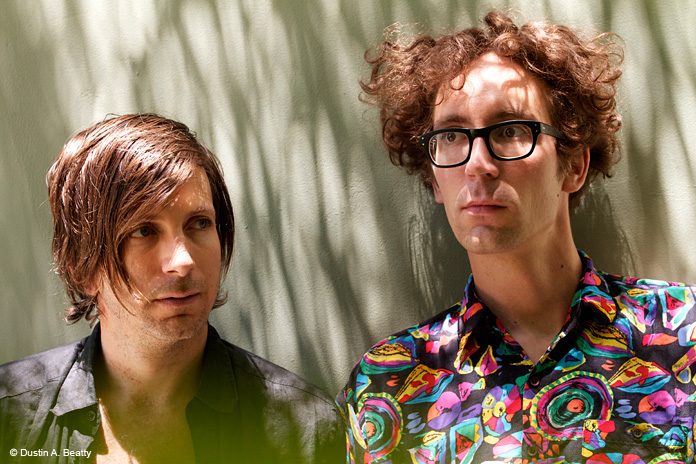 Poolside released a new music video today for their single “Feel Alright” and it takes us through an epic journey in the desert. The video showcases pro-skater Braydon Szafranski and model/actress Ashley Smith who bring their authenticity to the video that compliments Poolside’s own individuality. Matching Poolside’s unique style of electronic disco, the video highlights a summertime atmosphere in the sandy wilderness heat, with hypnotic synth-laden beats and percussive grooves consuming us. The video captures an upbeat atmosphere that makes simple daily tasks feel like an adventure, one we can’t stop watching.

The release of the music video is also combined with Poolside’s announcement of their Feel Alright EP. The EP will feature Poolside experimenting with a Nashville-inspired remake as well as remixes from king Yuksek and Colorado favorite Falcon Punch. Not only that, but to help celebrate the re-release of their acclaimed Heat LP vinyl, Poolside’s North American Tour will be kicking off this summer after nearly 5 years since their last live sets. This North American tour will see the new re-invented Poolside, featuring some talented additions including drummer Vito Roccoforte and vocalist/bass player Mattie Safer of The Rapture, plus percussionist Brijean Murphy of Toro Y Moi, all worth the wait of new music from Poolside.

Check out the new video for Feel Alright below!