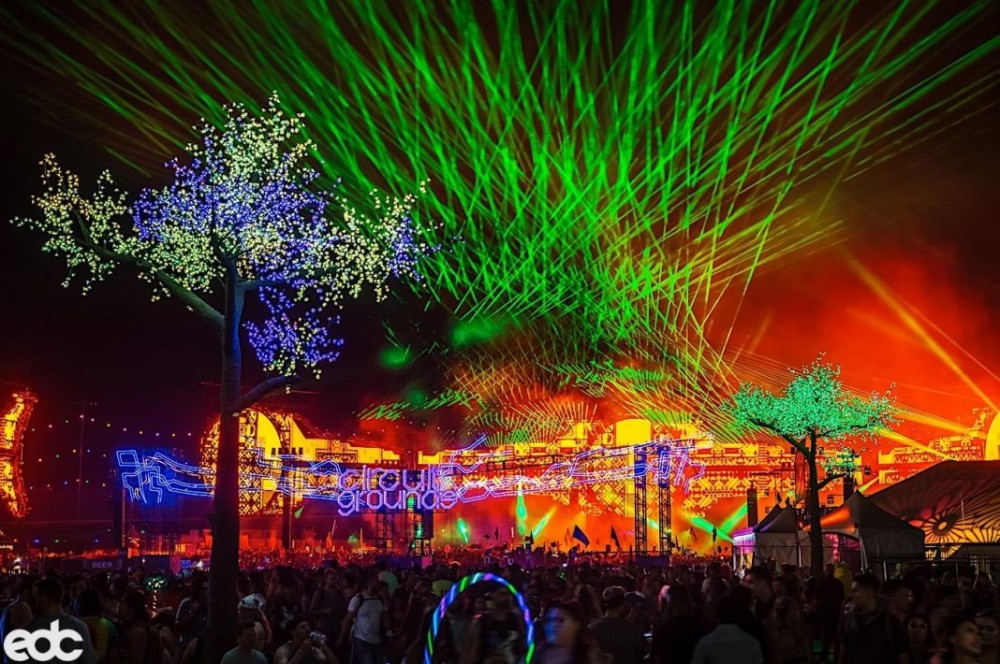 Porter Robinson and his new alias, Virtual Self have been taking the electronic music world by storm. I was fortunate enough to see him perform under the name twice in Miami during Ultra and the sets were downright unbelievable. Now as the alias has truly found a following of its own, Porter has started to play with the original EP that was released under Virtual Self. At EDC Las Vegas last night he debuted a new edit of the biggest VS hit yet, ‘Ghost Voices’.

EDC Las Vegas has debuted a spectacular new set up for 2018. Taking place earlier in the year while temperatures are still reasonable, EDC has added a new camping option to for its attendees. Fans were curious to see how this new set up would change the festival, but all reports seem to say that it has been a welcome alternative to dealing with the insane traffic backups the festival has dealt with in years past.

Last night nobody was thinking of the new camping arrangement when Porter took the stage as Virtual Self. The audience was immediately captivated by the brilliant sonic and visual journey they were embarking on. During the set, Porter dropped a new edit of ‘Ghost Voices’ which forced the crowd into a full-on frenzy. Just watch the video below to get an idea of how wild it was. EDC Las Vegas is always a magical event, as always check out the live stream of the festival all weekend long HERE.

@virtual_self was the highlight of Day 1!! Ghost voices version 2 was amazing! 😩 pic.twitter.com/BUNaaMzmou