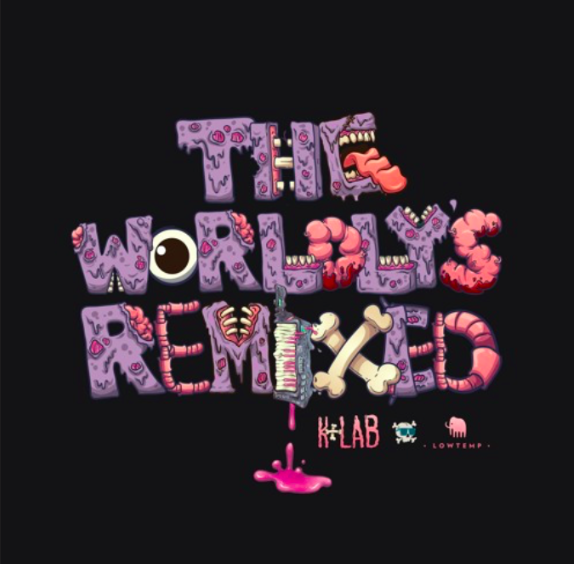 A year and a half after its release, K+Lab‘s sophomore album The Worldly’s is still making waves. The glitch-hop Vancouver based keytar player certainly knows how to bring the funk. After releasing The Worldly’s on Gramatik’s Lowtemp Records, K+Lab became “Beatport​’s best selling glitch hop artist in 2017.” And now fans the funk have more to celebrate. The Worldly’s Remixed will drop on Friday February 16th, also on Lowtemp Records. Check out the premiere  Beat Fatigue’s remix  ‘Mothership ReEntry‘ feat. Alias and The Mic Smith a couple days before the entire remix album drops.

A fellow Lowtemp artist, Beat Fatigue treats this remix to a healthy serving glitchy groove. As the opening track the album, the remix “Mothership ReEntry” brings an intense energy that surpasses even the original. With a healthy dose blues, cut up samples, and heavy bass, this reimagining K+Lab is enough to fill up the funkiest space cadets. Still heavily featuring the vocals from the original track, this remix leaves little to be desired. Beat Fatigue serves up a wholesome and impressive track to start f the remix album right!

Let us know what you think about this remix K+Lab’s “Mothership ReEntry.” You can listen on SoundCloud below before the album drops in two days, and make sure you check out the album when it drops on February 16th on Lowtemp Records, featuring remixes from Late Night Radio, Cheshire, and Pigeon Hole.