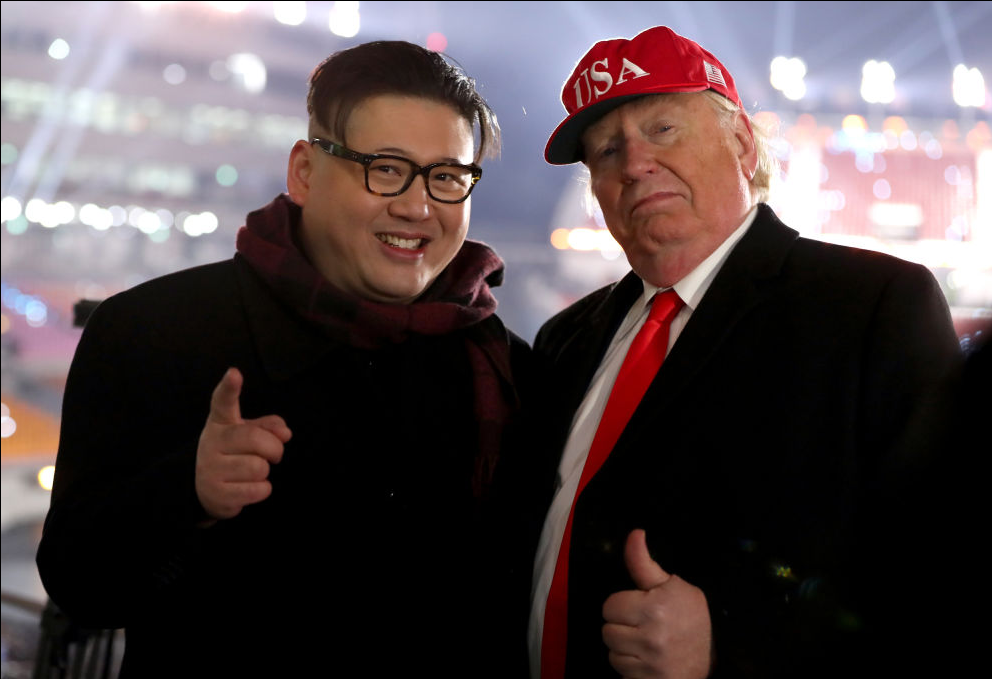 No matter where you’re from, what your views might be, or who your leader is, the world stops for a moment to experience the Winter Olympics together. It’s a competition, sure, but in a way it brings us together.

But when Donald Trump and Kim Jong-un met together during the opening ceremony in South Korea today, they had everyone turning heads. Of course, at second glance these guys were easily detected as impersonators.

The President Trump and Kim Jong-un look-a-likes had fun while it lasted, but were soon the festivities for causing a stir. Of course, that did come before the fearless leaders took their fair share selfies together.

“When we arrived at the station we were treated like rock stars,” the fake Kim Jong-un . “Some people were fooled but most people can see the lighter side.”

Even knowing these are impersonators, seeing these two together is unbelievable…