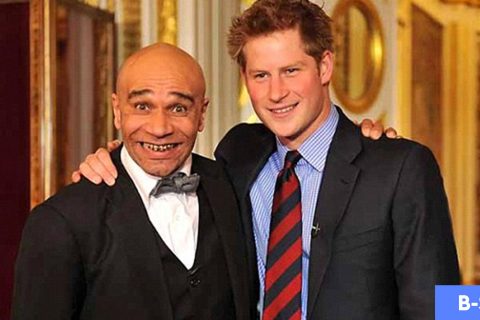 Prince Harry and Meghan Markle’s long awaited wedding is finally upon us this week and the royal party boy has revealed the lineup for the official afterparty. As expected, he’s called on some big guns.

Topping the bill for this regal affair is none other than the majesty approved Carl Cox along with Drum n’ Bass royalty Goldie with a sprinkle of support sets from the likes of Jamie xx and Jackmaster. This impressive cast of electronic music’s finest comes as no real surprise, with the 33-year-old Prince admitting in his statement that “we used to thrash Coxy and Goldie mixes around Buckingham Palace back in the day to the point where I even got nan onto it. How do you think Golide got that MBE? We’re his biggest fans.”

The afterparty – set to take place at legendary London nightspot, Fabric – will be the “last hoo-rah” for Prince Harry, who added in his statement that he will happily accept a lifestyle of “high-tea and ribbon cutting once I sweat out a few litres to some house and DnB in the company of these legends.” He even teased a set from himself, which would mark the long awaited return of DJ Hazmat Suit.

The bride-to-be, Ms. Markle has not yet commented on the afterparty plans her future husband has made, but we are certain she will have an influence on the rest of the lineup which is yet to be announced. Perhaps, being a California girl, some hard-hitting, LA style EDM will get a spin? Maybe Diplo will sneak in a set?

All will be revealed in due time.