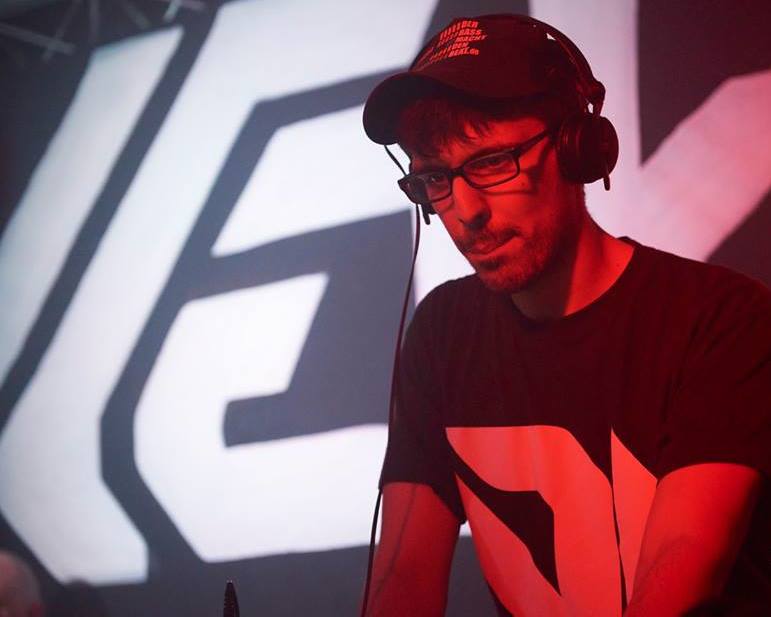 It sounds strange to call any producer a “darling” a label like MethLab, but since his release the acclaimed EPOCH EP on the hard neuro label, that’s sort what Disprove has become. With EPOCH and now his more recent single, “Hard Problem/Automatic,” Disprove joined Mallux and Disphonia as one MethLab’s label-defining producers, though MethLab is hardly the only label he’s graced. Disprove has been featured on Eatbrain, Bad Taste, Noisia’s Invisible label and most recently on Blackout’s 2017 compilation for his track “Circle Confusion” with Merikan, out earlier this year on Blackout’s Evolutions series, as well as on Othercide’s The Insurrectionists EP with Posij and others. Thus, “Label Darling” is really not an unwarranted title, as Disprove’s choppy, technical and buoyant style is in high demand from multiple labels at the minute.

The most recent dual single on MethLab seemed like a good opportunity to pick Disprove’s brain about his process before he gets going on more releases this spring and luckily the Belgian producer is not one to mince words or avoid giving technical answers. Readers who are interested in an artist’s creative process, this is a great Q&A to get some no-nonsense insight from a producer who is clearly all about the work.

This is your first release on Methlab since the EPOCH EP, and both tracks are quite different from anything on that one. How did you choose these tracks to be released now and was there a reason you chose such different styles?

The idea to release this single started when I sent  “Hard Problem” to MethLab and they asked me to make something similar, or just as weird, to put beside it. I think both tunes fit perfectly into the Methlab concept and they couldn’t deserve a better place.

Speaking diverse styles, the two tracks “Automatic” and “Hard Problem” also seem quite different from each other. Why put them together on a single release?

The tunes are different because they come from different creative periods I had in 2017.

“Hard Problem” comes from a huge burst creativity I had between January and March, during those times I wrote that one, the “Oppression” EP and many other tracks. After that I had months literally nothing but as soon as the creativity drop-down ended, “Automatic” was the first tune I produced.

“Hard Problem” is quite amen-driven with almost a jungle beat. What made you choose to incorporate those elements into what it otherwise a quite dark track?

I used to listen and produce breakcore in the past so I thought it was a good occasion to add stuttered amen breaks to it and indirectly tell people how extensive my electronic music culture is and how cool I am (laughs).

How did you line up the complex syncopation the beat with the bass to on “Hard Problem?”

The main sub bass and kick are the same sound – basically a paytrance kick with long decay – so the effect comes already from the dynamic the sample itself; the clicky percussions do the rest I guess.

“Automatic” also has some interesting syncopation, especially in the beginning the track. How did you come up with that beat progression?

It was random, initially the tune had a standard DnB rhythm but by copy/pasting the drum in the wrong spot I came up with that syncopation.

The vocal sample in “Automatic” is quite futuristic and robotic. Did you pick it because you already had that sort mechanical synth, or was the synth inspired by the vox sample?

The vox sample comes from a very old acid house tune I have in my hard drive. Since its quality was quite bad and I couldn’t find that tune in wav I tried to add some effects to it in order to mask the mp3-vinyl rip quality out. I ended up with this robotic voice that worked very well with the arrangement and so I decided to add it to the final arrangement.

The beat switches to more a recognizable neuro one after the break on “Automatic.” What made you want to put those two beat progressions back to back?

I usually do radical switches on my second drops. Since the initial idea was a standard DnB tune  it was easy to go fully neuro on the second part the tune. It also makes everything more interesting, enjoyable and useful for DJs.

What is your next release going to be on Methlab or otherwise? Any collabs or touring coming up?

I have a lot remixes and collaborarions coming out in the next months plus a pair singles to be released around April/May.

“Hard Problem/Automatic” is out not worldwide on MethLab and can be streamed on Soundcloud. All Disprove’s recent releases are listed for purchase on . Check out the MethLab for news on upcoming releases, shows and tours.
Disprove’s contribution to The Insurrectionists, “Hyuman,” is also playable below.