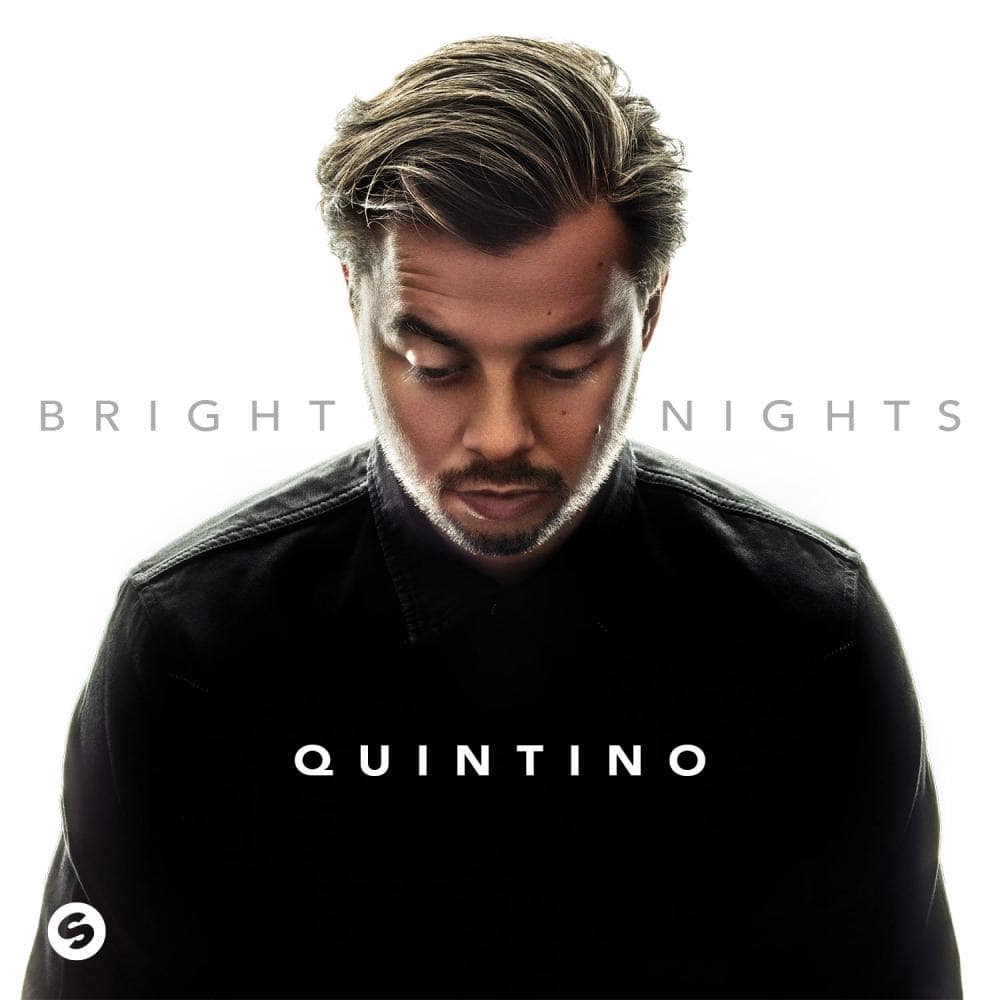 One of Holland’s most acclaimed and respected dance artists Quintino delivers his most anticipated piece of work yet, ‘Bright Nights’. This is not only his debut album but also a representation of his creativity, musical evolution and ability to rock dancefloors with a versatile collection of sounds.

As the album title already suggests, ‘Bright Nights’ underlines how DJ’s literally light up the night with their shows, brightening up people’s lives with the music. Performing on a global scale for years now, Quintino aims to do just that; to pull his audience out of its everyday life with uplifting dance anthems, positive and energetic, while performing the music with a similar, upbeat show.

Counting 15 tracks, ‘Bright Nights’ can surely be considered an ambitious project. It presents tracks that already turned into hit singles this year, including headstrong festival favorites like ‘Can’t Bring Me Down’, the Alok collab ‘Party Never Ends’, ‘TUTUTU’ and the Hardwell collab ‘Reckless’, along with brand new Quintino gems that have not been officially released yet.

As every album track brings another side of Quintino’s music, the overall vibe is always happy and positive.

We got the chance to talk with Quintino about his album, check out the full interview below, and if you’re at ADE check out his album release party at Escape in Amsterdam! https://www.facebook.com/events/2358887091018735/

1. Congratulations on the release of your 1st official studio album, ‘Bright Nights’ what made you want to do an album after all the years in the business?

Quintino – I really wanted to do something different this year and I’ve never done an album before.  I really wanted to create a musical statement that underlines the various sounds I’ve produced throughout the years and bring everything together on one album.

2. As the album title suggests, “Bright Nights” is a contradiction between light and dark. Describe what went into track selection, vibe, etc on this album.

Quintino – Well, the main purpose of the album was to create different sounds but all focused on the festivals and clubs. During all the time in the studio, I ended up adding different vibes which I just really personally like or that have been important influences during my career. The result was a very varied collection of tracks. In regards to the title, it simply resembles the uplifting aspect that’s brought by DJ’s and dance music in general. As artists, we try to light up the night, making everyone’s lives a bit brighter. I hope this album also translates that vibe a bit.

3. You have a bunch of great collabs on this album. How did you link up with these producers?

Quintino – A bunch of them I’ve collaborated with before in the past, like DVLM, Hardwell and Cesqeaux, so I already knew them. Other collabs were new. Alok for example; we always saw each other during touring at the big festivals. And always talked about doing a collab together, so with the album, I was very happy we could make all these amazing collabs happen.

4. What does the rest of the year have in store for Quintino?

Quintino – Well, first a very busy album release party during ADE, taking place Wednesday 16 October at Amsterdam club Escape. This is also the kickoff for the ‘Bright Nights World Tour’, after ADE going to Asia, USA, and Europe till the end of the year. I’m also joining DVLM at their event Garden of Madness in the Steelyard Liverpool and playing World Club Dome Winter and Tomorrowland Winter. At the moment, the schedule is completely full until after New Year, so I’m hoping to get some time off in January to go on a little vacation.