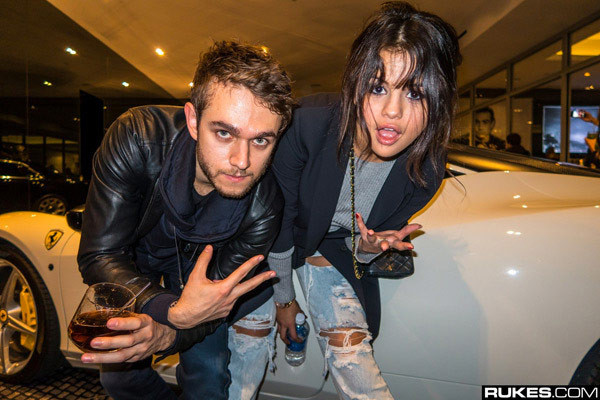 Recently, while being tested by Nick Grimshaw on BBC Radio 1, Selena Gomez ran into a little trouble reproducing the lyrics to her own tunes. Grimshaw introduces his game by reminding us just how much music Selena Gomez has. Five albums and 22 singles to be exact. Despite the reminder all the music she’s made, Gomez still talks herself up on being able to remember the lyrics to all her songs because they are “engrained in her mind.” Little did she know, she was about to be put to the test.

In this video, Grimshaw plays Gomez clips her own popular songs. We all know her great collaboration with German-Russian record producer and former flame, Zedd, ‘I Want You To Know,” and many fans would likely pass the test for this catchy track, but not Gomez herself. As the track plays, the audio cuts out, and a look bewilderment washes over Gomez’s face. “Um… honey… it’s something with honey. Oh my lanta, okay, I’m gonna pass,” she says. Oh no! The lines we were looking for were:

A test wouldn’t be a test if the answers were obvious. The next song plays and it’s ‘One and the Same,’ her duet with Demi Lovato. Again, she fails to remember the lyrics. She jests that that the hit came out 10 years ago. What can you remember at 15 years old? This just goes to show that even famous have their embarrassing moments. You can watch the rest Gomez’ round below.