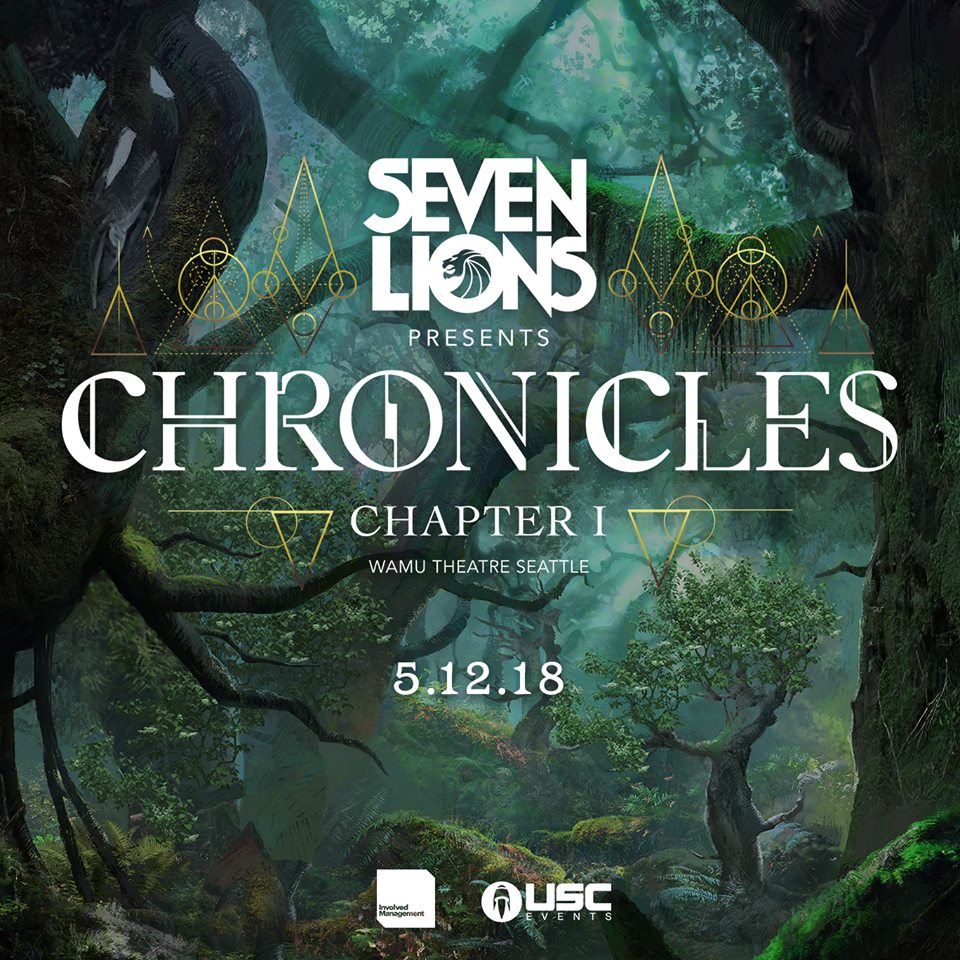 Last weekend teased us the announcement that a Chapter One edition an unknown event was coming. Now, the secret is out the box and he has announced the 1st installment his new event series is premiering this May.

Titled ‘Chronicles’, the event will be a fully immersive experience into the world Seven Lions. This event expands on Seven Lions’s brand mysticalness and mystery, bringing new stage design, custom art installations, roaming performers, and vendors. The line up will explore a variety musical genres including trance, bass music and psy-trance, but will still culminate with the legendary sets Seven Lions in known to bring to festivals.

On speaking the event Seven Lions has said,

“Stoked to announce the first chapter my new event series – Chronicles. I’ll be inviting some my favourite acts to the WAMU Theatre in Seattle on 12 May. Me and my team are working hard on lots extra touches to make this one special. It’s special for me to be able to kick this series f in Seattle. The community here has always been really supportive and welcoming to us.”  – Jeff

Combining classic and new elements, this will be a venture into the unknown for Seven Lions and fans alike. The event series will premiere May 12 at WaMu Theater in Seattle, Washington. Pre-sale tickets go on sale February 7 and are available for purchase .