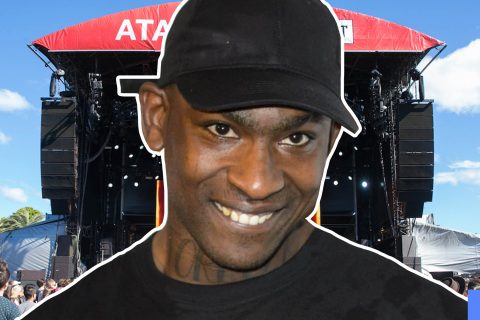 The Listen Out lineup dropped yesterday and it’s bloody great, to be honest. Among the headliners this year are A$AP Rocky, Skrillex, CamelPhat and our favourite Grime MC, Skepta.

On the topic of Skepta, it has been leaked to B-Side that the Tottenham based artist has begun preparing the pre-announcement for the cancellation of his Aussie venture, which is rumoured to be made public just shy of Listen Out’s commencement (September 22nd).

A British correspondent for B-Side has been in contact with an unknown source from Skepta’s management team, who confirmed they will be cancelling his run of shows in a bid to maintain consistency.

“Look, as much as we’d like to actually tour Australia this year, we simply feel it’s more beneficial to just say we are and then cancel really close to when the tour kicks off” said the source. “That way, we don’t have to actually make the dreaded 21-hour flight but still get the Aussie fans excited. Plus, I guess it’s an unspoken competition among rappers to announce the most Aus tours while completing the least.”

We have reached out to Listen Out’s parent company Fuzzy for a statement, however they have declined to speak on the topic. Our verdict? They too are preparing the copy for Skepta’s cancellation and the eventual replacement with an Aussie surf-rock band. DZ Deathrays? Dunies? Who knows.

We will update this story as it unfolds. For now, be sure to nab a ticket to Listen Out when they drop tomorrow, May 24th, from midday local time.